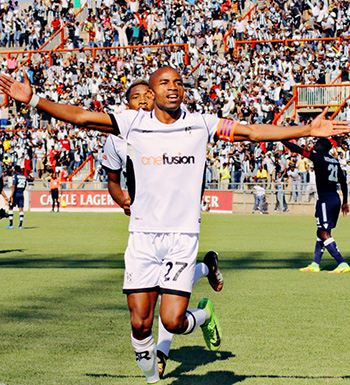 HIGHLANDERS captain Gabriel Nyoni celebrated his 26th birthday in style after scoring a goal and setting up another as the Bulawayo giants put Dynamos to the sword with a 3-0 victory in a rescheduled Castle Lager Premier League match at Barbourfields Stadium on Sunday.

It took an inspired Bosso only 13 minutes to open the scoring after Tafadzwa Sibanda capitalised on some poor defending from the Dynamos defence to nod the hosts ahead from Nigel Makumbe’s corner kick.

The visitors could have forced parity but they lacked the cutting edge in front of goal with Kuda Kumwala wasting a good chance in the 16th minute after blazing his effort wide with only the keeper to beat before Peace Makaha was brilliantly denied by Ariel Sibanda.

The balance of play remained fairly poised until nine minutes from time when Nyoni doubled the lead as he headed home Highlanders’ second from a corner kick.

It was Nyoni’s fifth goal of the season and third goal in successive Premiership matches after recently scoring against Black Rhinos, Chicken Inn and Ngezi Platinum Stars.

Desperate to get back in the game Dynamos pilled more players forward but a quick counter-attacking move by Highlanders saw Nyoni beat his marker before setting up substitute Newman Sianchali who made no mistake to make it three for the host in the injury time.

The comfortable victory meant Highlanders completed a double over Dynamos, who were missing the guidance of their coach Lloyd Mutasa.

Mutasa, who is the national team assistant coach to Sunday Chidzambwa is in Brazzaville, Congo with the Warriors. 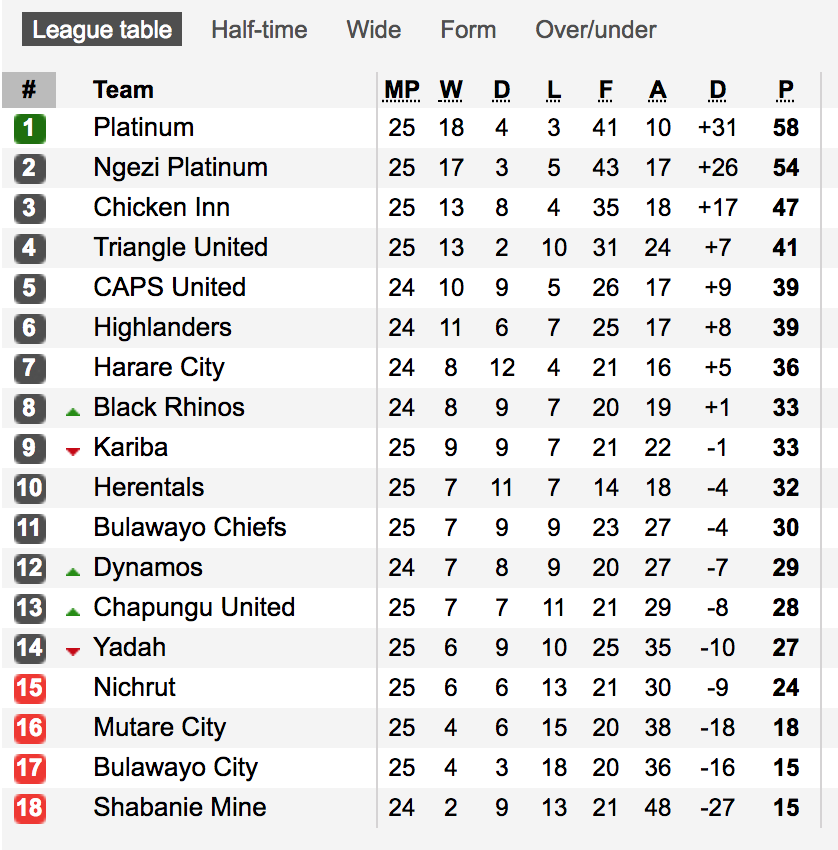