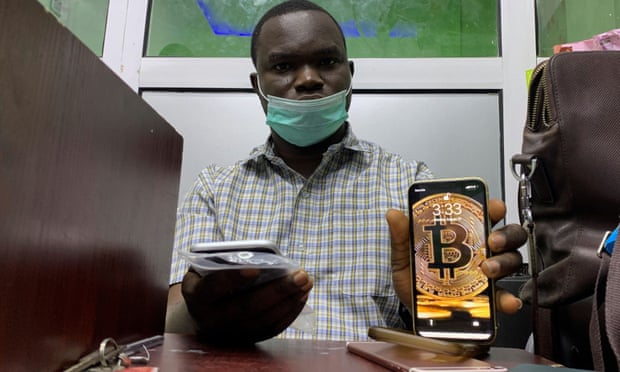 AFRICA might just as well be the new home of Bitcoin. Mobile phone penetration, weak national currencies, and restrictive monetary policies are some of the key drivers for the rise of Bitcoin remittance market in Africa.

The African continent has many opportunities for widespread Bitcoin adoption. One of those opportunities is remittance fueled by Africa’s growing ~mobile~ population. There are over 30 million Africans living outside their countries of origin. Since 2012, the African Union considers the African diaspora the sixth Africa’s region.

Not surprisingly, Nigeria is the largest receiver of remittances in Africa. It is also the second-largest Bitcoin market in the world after the United States, with Bitcoin remittances being one of the most popular use cases.

On average, Nigerians transfer and transact $8 million worth of Bitcoin weekly. Other African countries where Bitcoin remittances and trading are continuously growing include Kenya, South Africa, Ghana, Zimbabwe, and Uganda.

Bitcoin is rapidly gaining adoption in Africa from those less interested in speculation than in its ability to transfer funds – also known as remittances.

What are the factors pushing for this bitcoin remittance in Africa? Apart from mobile phone penetration, we also see government policies helping bitcoin adoption, although mostly unintended. Other reasons include the speed, cost, and reliability of bitcoin compared to fiat currencies that rely on older, costly technology for transferring money.

High volatility and the general inflation of national currencies is also increasingly driving people towards bitcoin. Let’s have a closer look at these factors.

Cell phones are extremely important for dealing with finances in Africa. Over the past 15 years, Africa has seen widespread use of cellphone technology and mobile apps as financial enablers, for example, the mass adoption of mobile wallets such as M-Pesa. This helps pave the way for the bitcoin adoption.

Africa is the global leader in mobile money usage. Sub-Saharan Africa has the fastest growing mobile money industry in the world. The region will continue to see substantial growth in the number of people owning mobile phones. Mobile subscribers in Sub-Saharan Africa are projected to reach 623 million by 2025, half of the continent’s population. The figure will be even higher because of mobile phone sharing culture.

Nigeria alone, the most populous country in Africa, will have 246 million mobile subscribers by 2025. In 2019, the number of mobile phone subscriptions in Nigeria was at 172 million, while the country has just over 200 million inhabitants.

The unbanked in Africa often rely on mobile money wallets to access financial services. According to the World Bank Global Findex, 60% of the population in Africa don’t have a bank account.

Mobile money wallets and bitcoin wallets have become easily accessible financial tools enhancing financial inclusion and empowerment in Africa. This means that with the increasing adoption and acceptance of bitcoin, more tech-savvy as well as mobile-empowered unbanked Africans will participate in the bitcoin remittance market.

Government policies and regulations are pushing Africans towards bitcoin. A new policy by the Central Bank of Nigeria is a perfect example.

In 2020, the Central Bank of Nigeria suspended international mobile money transfers to Nigeria. The suspension came after the banking regulator allowed US dollar payouts for international remittances in the country.

The discontinuation of mobile money transfers is meant to promote transparency in the US dollar remittance market. However, this means that only Nigerians with a bank account will be able to receive money from abroad.

Not all international money transfer services to Nigeria support cash payout. As mobile phone subscription continues to grow in the country, the suspension will pave the way for mainstream adoption of bitcoin remittances in Nigeria for the unbanked.

During the #EndSARS protests against police brutality in Nigeria, the Central Bank of Nigeria restricted a number of bank accounts from receiving funds for the campaign.

Luckily, the nature of decentralised bitcoin transactions allowed activists to use the cryptocurrency to receive funds from all over the world after the hashtag went viral. The main organisers of the protest, the Feminist Coalition, received over $150,000 in bitcoin donations.

In Zimbabwe, several restrictive monetary policies have led to the growing interest and use of bitcoin for remittances. First, the government banned all foreign currencies such as the US dollar, Euro, South Africa rand, and others.

The government also placed restrictions on mobile money services, as well as daily withdrawal limits because of severe fiat currency shortages. To bypass these restrictive policies by the central bank, a growing number of Zimbabweans prefer bitcoin remittances to fiat money.

Another significant factor promoting bitcoin remittances is the weakness of local currencies in general. There are many African countries that experience double-digit inflation, such as Zambia, Zimbabwe, Nigeria, Sudan, South Sudan, Ethiopia, Liberia, and Sierra Leone.

The Guinean franc is one of the world’s weakest currencies as we launch into 2022. In 2020/21, the Zambian kwacha and Zimbabwe’s dollar were one of the worst-performing currencies in the world. The Nigerian naira has lost more than 50% of its value since 2015. The Central Bank of Nigeria devalued the naira thrice in 2019. In May 2021, the central bank devalued the naira by 7.6%.

With crypto literacy on the rise, Africans see the benefits in receiving remittances in bitcoin, which they can cashout, trade, or keep for the long-term as a store of value as opposed to unstable local currencies.

A study by the World Bank shows that transfer fees to Sub-Saharan Africa, the poorest region in the world, are the highest in the entire world. The cost of sending $200 to Sub-Saharan Africa towards the end of 2020 was 8.2% on average. Sending money within Africa is even more expensive.

Bitcoin remittance startups in Africa are already solving the issue of costly transfers by offering low-cost or fee-free international transfers to beneficiaries around the continent.

Furthermore, these startups offer instant transfers, therefore addressing another remittance challenge, completion time. BitLipa, for instance, has partnered with Paxful, the largest peer-to-peer marketplace in Africa, to provide faster remittance infrastructure to 60% of the unbanked.

Although bitcoin’s legal status is still unclear in most African countries, this has not stopped the bitcoin revolution in the remittance market and other spheres in Africa. Countries such as South Africa, Nigeria, and Kenya, however, have expressed the desire to come up with rules to regulate bitcoin and other cryptos.

One of the widespread fears around cryptocurrencies in the world, and in Africa in particular, is volatility. Fortunately, bitcoin volatility tends to be on the upside, making it an ideal asset for personal remittances, savings, and investment.