LEADING Harare lawyer and opposition legislator Tendai Biti has lamented the quality of legal training at the country’s universities accusing them of churning out poorly trained graduates onto the market.

Speaking in Parliament last week, Biti said when he trained as a lawyer “it was a vibrant community.

“We had international lectures, Law Journals that we used to write as students. We used to invite senior lawyers like Stanford Moyo to come and give us lectures at the University of Zimbabwe.”

However, although Zimbabwe now has more universities training lawyers, the quality of education has gone down in line with the general decline in standards across the country’s education sector.

“Every university now has a Faculty of Law. I have no problem with that,” said Biti as he contributed to debate on the Judicial Services Amendment Bill. 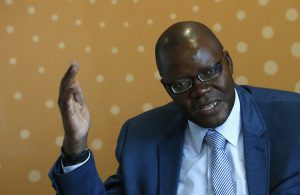 “I think lawyers are now like teachers, they are everywhere but the problem is that there is no adequate staff and material to teach those students.

“I take interns at my law firm and some of the kids cannot even write their names. I was asking them to say surely you ought to know this and they said for the past two years we did not learn because of COVID.

“So, we are releasing dangerous, ill-trained, ill-prepared, under taught and under cooked graduates onto the market.”

Biti said the condition of law schools was one of many issues the Bill should address, including the dire state of the country’s courts where infrastructure is in disrepair and magistrates are forced to operate without critical provisions.

“To simply introduce this Bill in a country where we are still operating on second generation technology when other countries are on sixth generation will be a disaster,” he said.

“I submit that let us go back to the drawing board. We need to embrace technology but technology must be put in the context of the condition of the country and I doubt whether Zimbabwe is there.

“Technology must also be introduced in a situation where we are not breaching the country’s supreme laws, in particular the Constitution of Zimbabwe.”