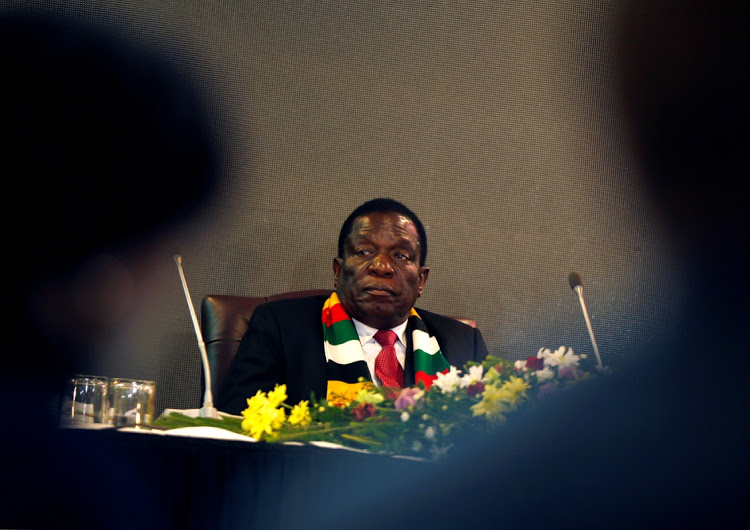 PRESIDENT Emmerson Mnangagwa Friday signed the Second Amendment to the Constitution of Zimbabwe into law amid strong objections from the opposition and civil society organisations with lawyers and the MDC Alliance threatening “a floodgate of litigation”.

Political analysts say Mnangagwa rushed into signing the Bill to accommodate Chief Justice Luke Malaba whose term was expected to expire on May 15 when he reaches 70.

This would have made it unfit for him to hold the office according to the 2013 Constitution.

The gazetted Amendment Act also removes the selection of vice-presidents as presidential running mates, the number of non-elected MPs in Cabinet, retention of the specially elected extra women members of the National Assembly for another 10 years, the addition of 10 youth MPs, terms of office of judges, and the appointment of the Chief Secretary to the Office of the President and Cabinet.

The retirement age of judges is now set at 70 but they can elect to serve, so long as they decide before they reach 70 until they are 75 although they must submit a medical report that confirms they are mentally and physically fit to remain in office.

Constitutional Court judges now serve a single 15-year term and cannot be reappointed. But if they are still under 75 at the completion of their terms, they have the option of returning to the Supreme or High Court.

The Civil Service is now known as the Public Service, and 10% of new appointments must be people with disabilities.

The post of Chief Secretary to the Office and Cabinet is now a Constitutional post with the holder and their deputies appointed by the President after consulting the Public Service Commission.

The Prosecutor General in the 2013 Constitution served on the same conditions as a judge, with the same dismissal procedure to ensure independence.

However, the amended section retains the independence and the need for a tribunal, consisting of two present or past Supreme Court judges and a High Court judge or a person qualified to be a judge. The President appoints the tribunal if he considers the question of removal needs to be investigated.

“The fight for protection and defence of our Constitution has become the defining fight of the present. There will be a floodgate of litigation which ought to be complemented by peaceful civic action,” he said.

Zimbabwe Human Right Association (ZimRights) described the Second Amendment as a betrayal to the people.

Exiled former minister, Jonathan Moyo said Mnangagwa’s administration ought to know the way it was performing with contempt for society was exactly how the government of Robert Mugabe ran Zimbabwe aground.

“Constitution of Zimbabwe (No.2) Act, 2012. It’s now law in record speed after it was enacted by a Parliament in which Zanu PF does not have a two-thirds majority; and had to use Douglas Mwonzora to cause illegal recalls of MDC Alliance MPs to get the two thirds!” he said.

Mwonzora is the president of MDC-T.

Moyo added; “Most, of you in the current government, from the political to the administrative leadership were key players in the former government. Surely, you ought to know better than anyone else that the way you are doing things with contempt for society is exactly what ran Zim aground before!”

However, in response to Moyo, Mnangagwa spokesperson, George Charamba said; “That sounds like some epiphany, Professor!!! All of us, yes! This is a Zanu PF administration. The country is actually on the rise, in spite of your views.”