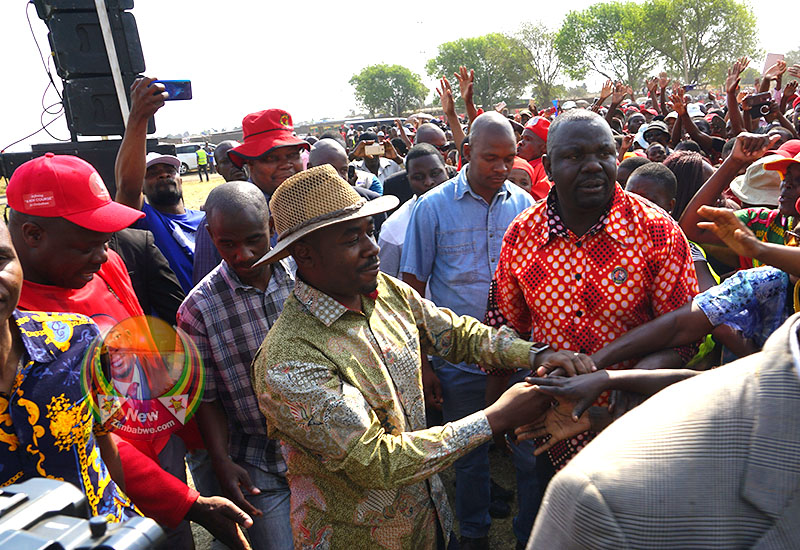 MDC president Nelson Chamisa has told his supporters to forgive late former President Robert Mugabe, a day after party youths expressed disappointment with his soft stance on their former tormentor.

Chamisa told a press conference Tuesday that there was no need to be hard on the late Mugabe.

Mugabe died in Singapore on Friday aged 95. He ruled Zimbabwe for 37 years before he was forcibly removed by the army in 2017.

“Why would you call soft or hard, particularly on the dead? Do we look like we are foolish to want to revenge and focus on a dead Mugabe?

“As to our supporters I am one of them, all of us around the table have a story to tell but we have said bitterness will not move the nation forward; revenge and anger cannot be pillars to build a society. We want to be better, not to be bitter,” said Chamisa.

“We are in solidarity with everyone, ourselves and those who have suffered at the hands of the past but because we have suffered, we cannot then continue to drink from that cup of bitterness. The cup of bitterness will get the entire nation drunk and we will not move together and forward as a country.”

Mugabe’s death has divided the opposition with party youths questioning Chamisa celebration of Mugabe’s legacy instead of highlighting his poor human rights record.

Chamisa chose to emphasise Mugabe’s successes in the country’s formative years which has been interpreted as downplaying his human rights record by the party’s youths.

The opposition leader argued that it was un-African to celebrate the death of anyone.

“It is unAfrican, it is also not in line with our own values as a power, we are very clear that we had differences with Mr. Mugabe which are not supposed to be played up at this moment.

“…Yes we have scars, some which are visible on our faces and our bodies, scars of the challenges that we faced on account of past commissions and omissions but we will not allow bitterness to drive and move us,” said Chamisa.

“This is the time for us to be in solidarity with the family and relatives of Mr. Mugabe.”