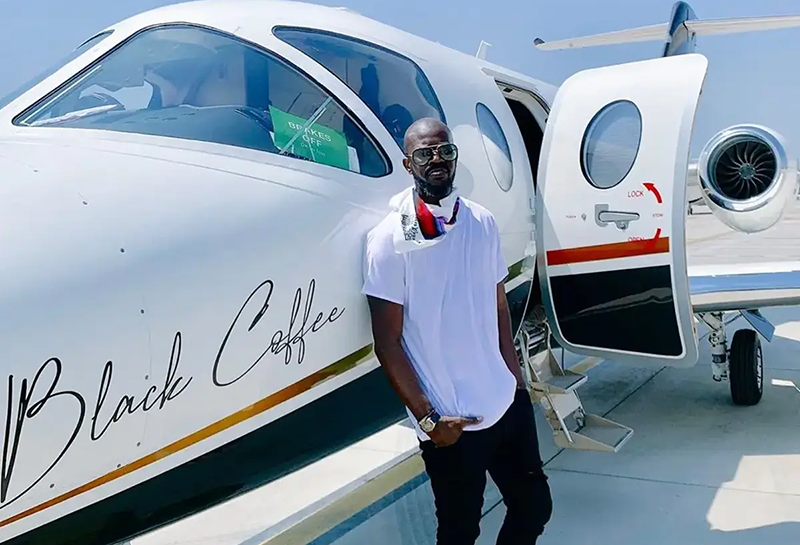 SOUTH AFRICA: Black Coffee has become one of the world’s biggest DJs and music producers, but there is a lot about the South African musician that people don’t know.

In a recent episode of British TV personality Steven Bartlett’s podcast series, The Diary of a CEO, the musician spoke openly about his childhood, his career and more extensively about an accident that changed his life forever.

On 10 February 1990, when Black Coffee – real name Nkosinathi Innocent Maphumulo – was 14 years old, he was involved in an accident that left him permanently injured.

The 46-year-old first spoke about what happened in a lengthy social media post in 2017, explaining why he performs with his left hand in his pocket.

When Bartlett asked about what happened, Black Coffee admitted that “for years it was hard for me to share,” but he added that he is “in a better space now” and can talk about it in more detail.

“We were sitting in the house. I think after dinner, we hear people singing outside. We all come out; everyone comes out to see what’s happening,” Black Coffee explained.

He added that he and his cousins ran out to the street to see what was happening, and while they returned home shortly thereafter, he chose to join the crowd.

“This was happening because, on the 11th of February, Nelson Mandela was officially coming out of jail after 27 years, so there were jubilations around the entire country,” he continued.

“So, this crowd was going to the stadium, which is close to my house … and just out of nowhere, we just heard this sound, and it was a car. Just came out of nowhere. Lights off. Just rammed through the crowd.”

Black Coffee revealed that he “was not in the front” of the crowd, but he was close enough to feel the impact of the car.

“I just blacked out, and people were screaming, and when I woke up, there was a fire. People were angry. Basically, this driver switched off the lights to literally just kill people with his car. And so, they burnt the car, and they burnt the guy,” he explained.

After the accident, Black Coffee spent the night in the hospital and was sent home. However, something was still wrong. His grandmother then took him to a hospital in Durban, where he spent three months recovering from what doctors later found out was a brachial plexus.

“I dislocated my shoulder, but severely. The injury is called brachial plexus, which is damage to nerves. And there’s nothing you can do to fix damaged nerves. They can only fix themselves.”

Black Coffee explained that when the injury occurred, he was completely paralyzed in his left arm. But now, 32 years later, “I can differentiate between hot water and cold water.” He also uses “subparts” on his arm in the privacy of his home or when swimming.

Sharing more about how it affected him, Black Coffee revealed that he kept his injury a secret because he didn’t want anyone’s pity.

“As an artist, I just felt like I did not want to be seen as that guy who has a disability … I didn’t want a pity party,” he said, adding, “I just wanted to be understood and heard like everyone else, you know? That’s it. I just worked on music and released it.”

He also revealed how he ended up performing with his hand in his pocket.

The hand in the pocket happened when I was a kid,” he explained. “I used to have this sling, and even when I ran with other kids, I’d have to hold this hand because it was just moving everywhere. And one day, I just put it in the pocket, and I was like, ‘Damn, this is more functional than having a sling’. And I never stopped.”

Having shared the reason he does not use his left arm, Black Coffee concluded that he is now in a place of acceptance.