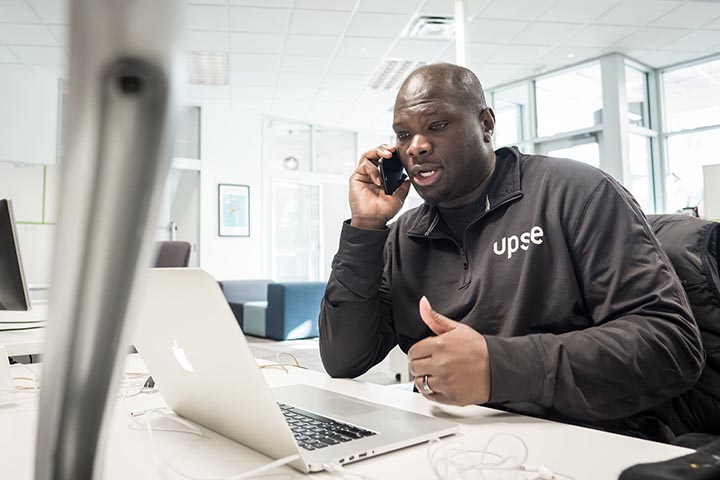 UNITED States: The founder of a thriving Twin Cities startup company is providing guidance to other black tech entrepreneurs in overcoming a dysfunctional home life on the path to success.

Bethea grew up in a dysfunctional home. His father abused his mother, and he had to overcome homelessness and drug dealing.

“It was a lot of work, but I met the right people at the right time who changed the trajectory of my life,” said Bethea, 37. “I received guidance and support from them along the way.”

He went to Bemidji State University in 2002 on a basketball scholarship but dropped out of college to pursue entrepreneurship.

Bethea said his acceptance into Techstars Retail, an international startup accelerator, played an important role in his success. The accelerator offerings funding and mentorship for a three-month period. Upsie was one of 10 startups selected in 2017.

“It took away the black or white thing,” he said. “It made people judge me on who I am, how I am as a founder, what our team is doing every day and the business.”

“The numbers are small for black tech founders because they don’t have the access to resources and capital to take their ideas to market,” she said. “There still exists a lot of preconceived ideas of what a tech founder looks like.”

Bethea recently raised $1.7 million in nine weeks for the business, which will be used to hire more employees this year.

“For that next African-American founder who is like, ‘Can I do this?’ and is at a crossroads… hopefully this says that they can because I’m not anything special,” Bethea said.