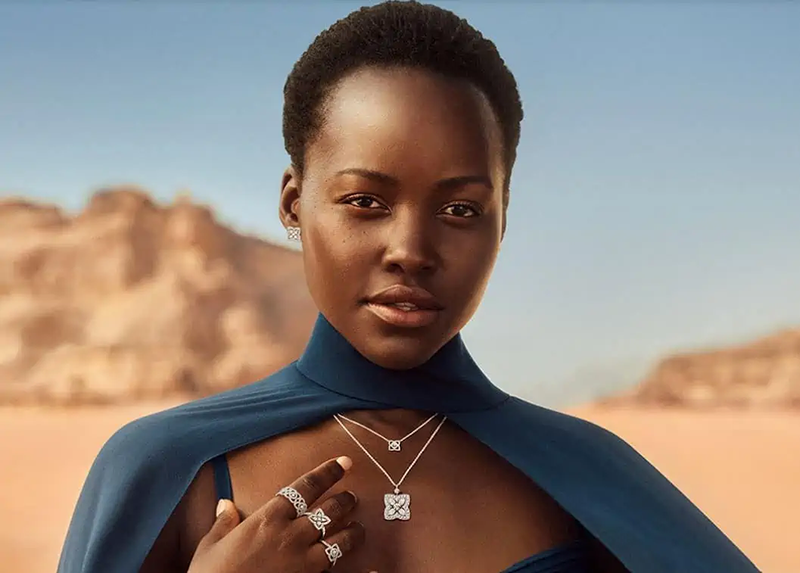 Lupita Nyong’o is sharing the gift of love this Christmas.

The Black Panther star confirmed she is in a relationship with Selema Masekela, son to ‘the father of South African jazz’ Hugh Masekela.

“We just click!” Nyong’o captioned a Reel of herself and her beau.

Masekela shared the same video with his own caption.

“Hearts are synched. My whole and actual love, Lupita Nyong’o.”

While the relationship may surprise some, E! News points out that the signs of a romance were always there.

Masekela, the co-founder of the surf apparel company Mami Wata, hosted an exclusive launch event to celebrate the opening of America’s first African surf shop in Venice, California, in March, and Nyong’o was, of course, in attendance.

The actor supported her boyfriend at the first look at the brand’s Spring/Summer 2022 collection and screening of Mami Wata’s latest short film, Luck is Alive.

In August, a surf film narrated by Masekela had an African premiere at the Labia Theatre in Cape Town.

The location for the premiere of Sweet Adventure – directed by Emmy Award-winning South African filmmaker Peter Hamblin – was chosen to close a circle that had lasted since 1966 when the father of South African surfing, John Whitmore, showed The Endless Summer at the theatre for the first time in Africa.

Masekela’s experience as a celebrated American television host, sports commentator, and actor comes to the fore in the film. His cynical wit and dry disdain for modern attitudes are the perfect foil to Hamblin’s dazzling use of camera technique and editing.