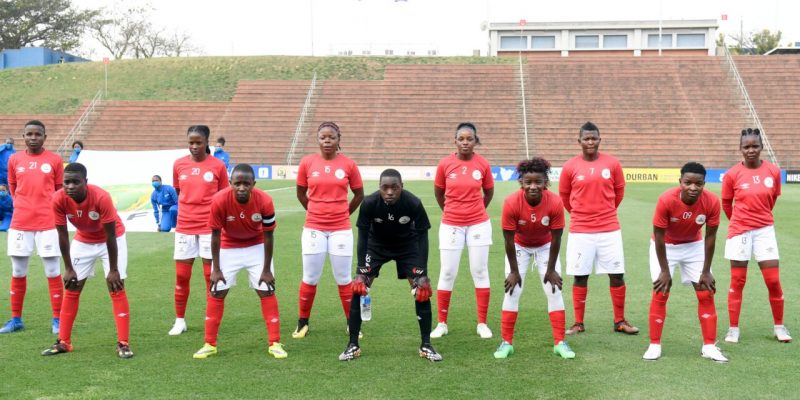 ZIMBABWE Women’s Soccer League champions Black Rhinos Queens are just one match away from qualifying for the Confederation of African Football (CAF) Women’s Champions League after they booked their place in the Cosafa qualifiers final in Durban, South Africa on Saturday.

Black Rhinos Queens are set to face South Africa’s Mamelodi Sundowns in the all-important final after both clubs won their semi-final fixtures on Thursday.

The winner of the final will book their ticket to the inaugural edition of the CAF Women’s Champions League that is scheduled to be played in Egypt later.

Black Rhinos Queens, who continue to defy the odds after their poor preparations ahead of the tournament, booked their spot to the final courtesy of a 2-0 win over Double Action from Botswana.

Warriors player Mavis Chirandu gave Rhinos the ideal start after scoring the opener after just four minutes before the vastly experienced Marjory Nyaumwe added a second 11 minutes later for her second of the competition.

That fast start was a real blow to Double Action, who tried to find a way back into the contest but lacked the quality to break down Queens who are still yet to concede a goal in the competition.

Meanwhile hosts Sundowns edged Green Buffaloes from Zambia in their semi-final, with Melinda Kgadiete scoring the only goal just before halftime.

Her header took her tally for the competition to five, making her the outright leading scorer at this stage on and course for the Golden Boot.

Sundowns had scored 18 goals in their three pool matches but found none of that potency against the well-organised Buffaloes defence, though in truth the South Africans were also rarely troubled at the back.

Saturday’s final will kick off at 2 pm and should be an intriguing affair between what have been the two best teams in the competition.

Both sides have players with international experience who have competed in Europe, and with so much on the line, it will be a fascinating battle.