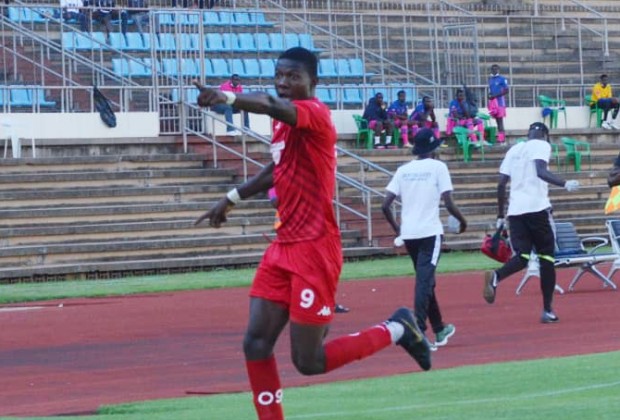 KICKOFF has gathered that towering Zimbabwean forward Tawanda Macheke has impressed while under assessment as Maritzburg United look to bolster their attack.

The Team of Choice is seeking reinforcements to replace the departed Bongokuhle Hlongwane and Venezuelan forward Jose Ali Meza.

Maritzburg – who failed to win in their last 10 games before the break – cashed in on Hlongwane moving him to Minnesota United in the MLS while Ali Meza return home following his injury struggles.

The club now invited Tawanda Macheke who is at the club along with Zambian forward Friday Samu.

Macheke has arrived on a free after the expiry of his contract at his Zimbabwean club Black Rhinos where he was the top scorer and player of the season.

The 25-year-old started his career at local giants Dynamos and is now aiming for his break into the PSL.

According to information reaching this website, the big forward has done well at training with the Team of Choice.

Macheke holds a Bachelor of Arts in Development Studies honours degree from the Midlands State University.

Maritzburg have scored just 10 goals in 18 games this season and are in desperate need of options in attack.

New Sekhukhune United signing Evans Rusike was the last successful Zimbabwean forward at the club before leaving for SuperSport United while Gabriel Nyoni and Clive Augusto left without impressing.