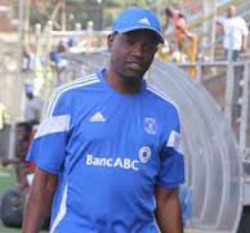 DYNAMOS players will have nothing to celebrate this Christmas holiday after the club management failed to pay them their salaries and bonuses.
Although the Glamour Boys were given part of the prize money to share for finishing second in the championship race eventually won by FC Platinum, there is disgruntlement among the players as most of them got less than $350.
One of the players who spoke on condition of anonymity said they expected the club hierarchy to give them something better since they owed them substantial amounts already.
“It’s so disappointing,” said one of the players. “There is no Christmas to talk about. We were told that some of the money went to pay PSL fines.  I doubt very much if there is any player who got more than $350. We expected them to pay something better than this considering that they already owed us bonuses and salaries. Everyone is frustrated I tell you.”
Dynamos players are owed bonuses from 14 matches which include 10 wins and four draws.
The club pays players a winning bonus of $200 and $70 for a drawn game.
To worsen their situation, players have been earning half salaries throughout the season.
The Harare giants struggled to pay the players’ salaries after their principal sponsor, BancABC, who were previously footing the entire salary bill, cut the sponsorship package by half.
Led by coach Lloyd Mutasa, Dynamos defied the odds stacked against them as they fought hard and long in the championship race only to be beaten to the finishing line by eventual champions FC Platinum on the very last day of the league programme.
Although they were beaten to the title by two points after ending the campaign on 70 points, they recorded the most wins of 21, one more than FC Platinum.Advertisement