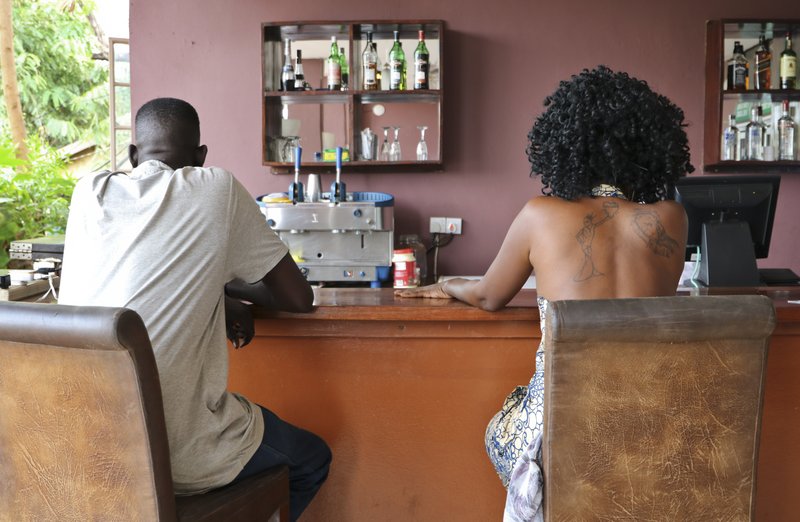 JUBA: Wiping tears from her cheeks, the young woman describes how she has resorted to prostitution to feed her children.

When South Sudan’s civil war broke out in 2013, her family fled their home to avoid violence. Her husband took her and their two children to a U.N. camp for safety. He has not been seen since then and is presumed dead. Bright and resourceful, she found offers of work as a cleaner and a waitress, but she said her male employers demanded sex.

“If you refuse to sleep with them, you’ll never get a job,” said Nancy, who spoke on condition of not publishing her full name.

“They’ll tell you to come tomorrow for work but then start calling you the night before asking to sleep in your house,” she said of the hiring managers. If she didn’t respond to their demands, she’d show up to work the next day only to find that another woman had taken her place.

In three years, four bosses threatened to fire the young mother unless she had sex with them, she said. One of them told her it was “company policy,” she said.

After such exploitation Nancy said she decided to do sex work, where she said she has more control and makes more money to care for her children, who are now aged 4 and 7. She said she goes to bars where she picks up clients.

“I’m embarrassed,” she said, her eyes darting to the floor. “But it’s my only way out.”

Nancy never reported her aggressors because she thought the authorities wouldn’t believe her. “I would just go home and cry,” she said.

As International Women’s Day is being marked across the globe, South Sudan remains a country where women face grinding difficulties. While women across much of the Western world have galvanized around the #MeToo movement by speaking out against sexual assault and letting women know that they’re not alone, most women in the fledgling nation of South Sudan remain voiceless.

“It’s a culture of silence,” says Shelina Doro, a women’s protection officer with the United Nations. Most women don’t want to speak out for fear of reprisal, she said.

Violence against women in South Sudan is twice the global average, with 65 percent of females experiencing physical or sexual abuse in their lifetime, according to a study by the International Rescue Committee and the Global Women’s Institute.

Violence against women has escalated during South Sudan’s civil war, with rape being used as a weapon of war with impunity, according to many human rights groups. Gender experts say the war has magnified preexisting inequities.

“Sexual exploitation is a manifestation and glaring symptom of deep-rooted gender inequalities,” said Renifa Madenga, former gender adviser to South Sudan’s Commission on Human Rights. The war has reinforced the power and control of men across the country, she said.

It is not just South Sudanese men who are sexual predators. Last month, the U.N. in South Sudan recalled a peacekeeping police unit of foreign soldiers after some members reportedly engaged in “transactional sex” with women living in a civilian protection camp.

South Sudan’s government encourages women to report any type of harassment, but officials say most women aren’t aware of their rights. Last year no reports were filed of sexual assault in the workplace, said James Simon, senior inspector in the Ministry of Labor.

“Women tell me the government doesn’t give them rights, but these are human rights and most of them don’t know that,” said Pita Rosalie, a social worker with the Ministry of Gender.

Rights groups are pushing campaigns like #MeToo and #HerToo to go further than spreading awareness and to focus on advocacy and action, especially across Africa where the movement has yet to gain steam.

“Ultimately the campaign that has empowered many, can help empower an effort to create an African solution to what surely is a global problem and ensure that no one is left behind,” said Cormac Smith, advocacy officer at Southern African Liaison Office, a South African-based rights organization, to The Associated Press.

Even though some women are fighting for a seat at the table, more than awareness is needed, said Funmi Balogun, a women’s rights activist working with U.N. Women in South Sudan.

South Sudan is “patriarchal, militarized and in conflict,” said Balogun. “I doubt if #MeToo would gain any traction at this point or even in the near future.”