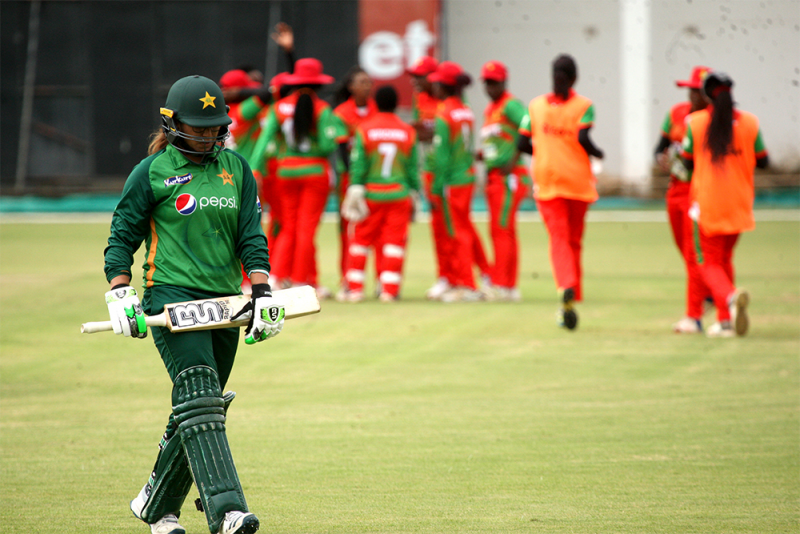 ZIMBABWE’S national women’s cricket team’s hopes of ending almost two years of inactivity have been dealt a major blow after Pakistan cut short their tour of the country Thursday having just played one 50-over match.

The local cricket governing body, Zimbabwe Cricket (ZC) announced on Thursday that they had reached an agreement with their Pakistan counterparts to end their ongoing tour after Emirates Airlines’ decision to suspend its flight operations on the Harare-Dubai route from February 13 to 28.

Pakistan convincingly won the opening 50-over match by 178 runs on 9 February in what was Zimbabwe’s first match in almost two years and were due to play the second 50-over contest on Friday, with the final match of the tour set for 20 February.

The two sides were also set to play a three-match T20I series before the tourists’ initially scheduled departure on February 21.

However, following Emirates Airlines’ announcement, both boards have decided to end the tour after the first match with Pakistan Women now scheduled to leave Harare on Friday.

The latest tour cancellation is another setback for the national women’s team who have been starved of international for almost two years.

The Lady Chevrons were initially affected by Zimbabwe Cricket’s suspension by the ICC due to alleged government interference in the sport and now they have been severely affected by the Covid-19 pandemic.

“It is unfortunate that the Pakistan Women’s team have had to cut short their stay in Zimbabwe as a precautionary move after some unforeseen air travel complications arose, but their concern is understandable,” ZC Managing Director Givemore Makoni said.

“Nonetheless, we would like to thank the PCB for having in the first place committed to the historic tour which we have no doubt would have been memorable and a massive boost for our women’s game had it not been discontinued.

“We hope to host them again in the near future.”

PCB chief executive Wasim Khan said: “It has been a difficult decision considering Zimbabwe Cricket had put in place excellent arrangements for the series.

“But the decision by Emirates Airlines to suspend all flights to and from  Harare from 13 February to 28 February has meant that we have to bring the squad back in the next 24 hours.

“We thank Zimbabwe Cricket for their understanding and support, and hope to return at some stage to complete this additional tour.”

After the latest setback the Lady Chevrons will be hoping to have more opportunities to play competitive cricket in what will be an important season as they prepare for the ICC Women’s World Cup Qualifier 2021, a 10-team tournament that will be held in June and July.