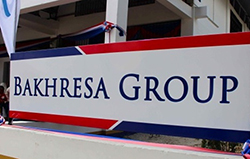 HARARE: Blue Ribbon Industries on Friday said it has put on hold a further $20 million investment to expand its business as it awaits the government to amend its empowerment legislation.
Tanzania’s Bakhresa Group won the bid to take over Blue Ribbon Foods in 2013 after the company closed down the previous year owing to funding constraints and was placed under judicial management. Bakhresa then injected $18 million to revive the miller.
In a policy statement last April, President Robert Mugabe said conflicting interpretations of the Indigenisation and Economic Empowerment Act — passed in 2008 to compel foreign companies, including mines and banks, to transfer at least 51 percent shares to black Zimbabweans — had caused confusion among current and existing investors.
The law — a centrepiece of Mugabe’s campaign in the last two elections — is still to be amended in line with the pronunciation.
“When Bakhresa came into to Zimbabwe, there was a discussion about the Indigenisation Act that it was going to be reviewed. We want to invest in this economy but the Indigenisation Act is drawing us back, we cannot invest further into other industries until this one is worked on,” Blue Ribbon general manager Yusuf Kamau told the Confederation of Zimbabwe Industries president’s roundtable briefing.
“What we had indicated is that we were to put in some $40 million and we have already brought in $20 million so we need to put in another $20 million.”
Critics of the policy have called for the outright repeal of the indigenisation law, which they blame for Zimbabwe’s inability to attract foreign capital.
Bakhresa has operations in Burundi, Kenya, Malawi, Mozambique, Rwanda, Uganda and Seychelles.Advertisement