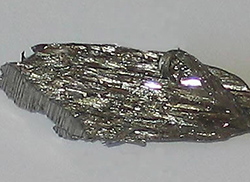 HARARE: Bindura Nickel Corporation (BNC) on Monday reported a profit after tax  of $1,2 million in the six months to September from a loss position of $3,4 million last year, driven by an increase in production.
Presenting the results, BNC managing director Batirai Manhando said the mine had raised nickel production by 23 percent from 1,555 tonnes last year to 1,866 tonnes and managed to contain costs.
It also sold 3,464 tonnes of Nickel concentrate compared to 2,762 tonnes achieved last year, pushing revenue up nine percent from $20,6 million to $22,4 million.
All in Sustaining Costs dropped by a third to $5,759 per tonne compared to $8,601 per tonne last year.
“That has been the main driver of the performance and our target is to reduce our AISC even further to $5,000 per tonne without impacting our efficiency,” said Manhando.
“The effectiveness of the company’s labour structure has improved since the previously reported restructure. Further cost management measures are expected to result in an even leaner labor structure going forward.”
Last year Manhando indicated that the mine would retrench over 300 workers and cut salaries. Finance costs are up from $152, 7 million last to $551,5 million this year.
Manhando said construction of Bindura’s smelter was 71 percent complete with $19,5 million having been spent. Commissioning is set for next year.
“To restart the smelter you would need a price which is constantly between $12,000 and $13,000 per tonne and and that is most likely to happen next year from what we are reading in the market.”
Nickel prices during the half year period averaged $9,541 per tonne compared to $11,787  last year.
The board did not declare dividend. BNC is a subsidiary of Asa Resources.Advertisement