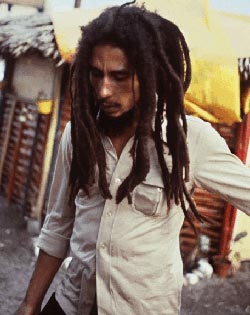 A MUSIC company has lost a High Court fight with a rival over the rights to 13 Bob Marley songs, including one of his most famous, No Woman, No Cry.
Cayman Music and Blue Mountain Music went to trial in May after a dispute over a copyright agreement made in 1992.
The case centred on the “construction” of the agreement – 11 years after the Jamaican reggae icon’s death on May 11, 1981 – under which copyrights in “various musical works” were transferred by Cayman.
Cayman claimed that the 13 songs were not transferred under that agreement.
Blue Mountain, which is responsible for administering rights transferred under that agreement, disputed the claim.
Deputy High Court judge Richard Meade ruled against Cayman and dismissed the company’s claim.
He had been told that the 13 songs involved were: Crazy Baldhead; Johnny Was; Natty Dread; No Woman, No Cry; Positive Vibration; Rat Race; Rebel Music (Road Block); Talking Blues; Them Belly Full; Want More; War; Who The Cap Fit and So Jah She.
Lawyers for Cayman told the judge that Marley agreed a publishing deal with them in late 1973.
They said the 13 songs were written by Marley between October 1973 and October 1976.
And they said Marley “fraudulently” attributed the songs to other people to avoid the provisions of the 1973 publishing agreement.
Lawyers for Blue Mountain said, on the “straightforward application of ordinary principles of contract law”, the claim had to be dismissed.
They accepted that Marley “falsely claimed” that the 13 songs had been composed by other people in an attempt to “escape the automatic assignment of their copyright to Cayman”.
But they said it was “common ground” that as a matter of law the “ruse was ineffective”.
They said the “plain intention” of the 1992 agreement was to “transfer all rights”.
Judge Meade concluded that Cayman had no rights in the works because copyrights in the works passed under the 1992 agreement.Advertisement