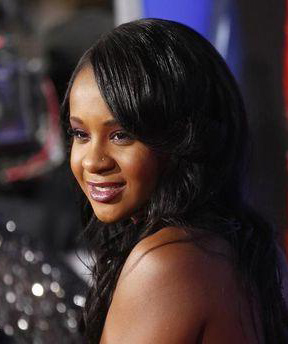 BOBBI Kristina Brown, the daughter of Whitney Houston, has been moved to a rehabilitation centre from a hospital in Georgia, according to reports.
It comes almost two months after the aspiring singer was found face down and unresponsive in the bathtub of her home near Atlanta.
Citing an unnamed source close to the family, NBC News said that Brown’s condition had not changed.
The source did not say when the 21-year-old had been moved or where she is, the US network reported.
Brown, the only child of singers Bobby Brown and Houston, was being treated at Emory University Hospital in Atlanta.
Family members have said little about her treatment or medical prognosis.
Family friend and gospel singer Kim Burrell said in February that doctors had put Brown in a medically induced coma to stop brain swelling.
However, claims that she had been pulled off life support or declared brain dead were denied by a family source.
Brown’s famous mother, a six-time Grammy Award winner and actress who battled substance abuse, like her daughter, was found unresponsive in a hotel bathtub in Beverly Hills, California, in February 2012.
Authorities found a dozen prescription drug bottles in the 48-year-old’s Beverly Hills Hotel suite and concluded that she accidentally drowned, although heart disease and cocaine use were listed as contributing factors.Advertisement