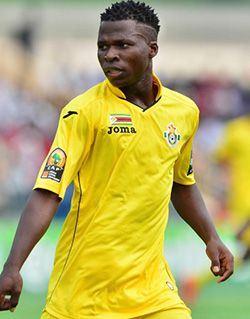 BOBBY Motaung has rubbished suggestions that Kaizer Chiefs get “freebies” in Zimbabwe when they sign foreign players.
Amakhosi have often had to listen to the “buy one, get one free” jokes when signing players from the country, and those did the rounds once again after they brought in Mitchell Katsvairo and Edmore Chirambadare yesterday.
But Motaung points to players like Willard Katsande and Knowledge Musona as a means of downplaying the joke.
“If I go to Zim there is nothing for mahala and the good thing about Zim is that since we have gone there, give me any flop that we have signed from Zim and that has been a flop, flop, flop,” he says.
“Obviously some players don’t make it because of challenges. But every team in Zimbabwe now has offices and we spend millions in Zimbabwe for your own information.
“In Zimbabwe they now use US Dollars. You can imagine the Dollar to a Rand now.
“Sometimes we don’t disclose figures because both clubs will have agreed for certain reasons not to disclose the price, but we buy. We spend millions, there is nothing for mahala … the only player that we sold in South Africa or in Africa of late was Musona.
“When I brought him here they said ‘buy one, get two free’, yet when we sold him to Germany people were angry. Look at the national team of Zimbabwe; they are the only ones that have qualified for the AFCON in this region, all of us are out.Advertisement