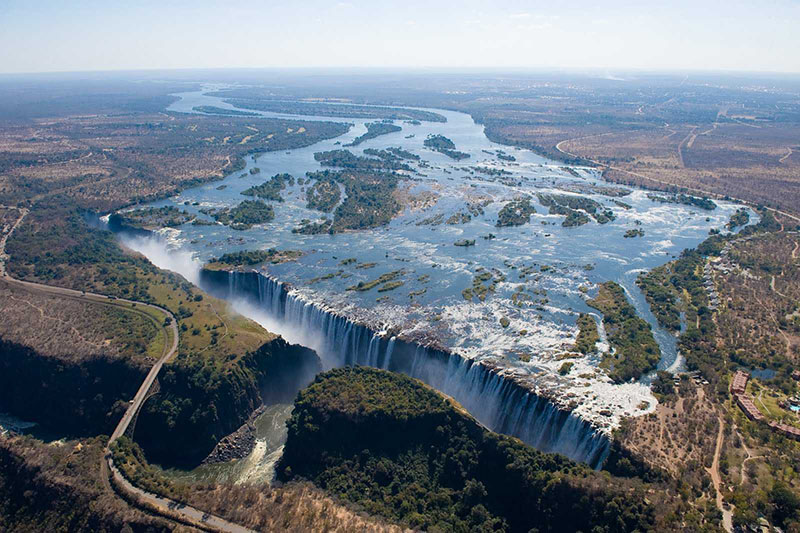 VICTORIA Falls: Another body was Saturday retrieved from the Zambezi River as four Zambians were feared dead after being swept away while fishing illegally on the river.

Zambian police activated their Zimbabwe counterparts after six fishermen from Livingstone drowned when a speedboat overloaded with 13 people capsized near Kazungula, about 80km away from Victoria Falls.

According to a report made to the police, seven of the fishermen managed to swim to safety while six drowned.

Two bodies were retrieved a few days ago following a search along the river by relatives and police in Zambia and have since been buried.

One was swept 80km downstream and retrieved near Victoria Falls Hotel on the Zimbabwean side of the river on Saturday.

The body was retrieved by rafting guides from Shearwater and Wild Horizons together with members of the Zimbabwe and Zambian police.

The unidentified victim was found at the same gorge where an Israeli tourist who drowned while swimming was found a fortnight ago.

The fishermen’s body, which was in an advanced state of decomposition, was taken to Victoria Falls Hospital mortuary to allow processing of documents for its repatriation to Livingstone.

A relative of one of the missing fishermen who preferred to remain anonymous said the deceased drowned while attempting to rescue their colleagues who had been attacked by a hippo.

“Two of them were attacked by a hippo while in the water and the others all got into a boat to rescue them,” he said.

“The boat was overwhelmed as it was over-loaded and capsized. Seven managed to swim to the edge of the river while six drowned.

“All families of the six have been searching for the bodies all the way from Kazungula until we found this one here in Victoria Falls.

“We don’t know yet whose body it is but we will continue searching hoping all will be found.”