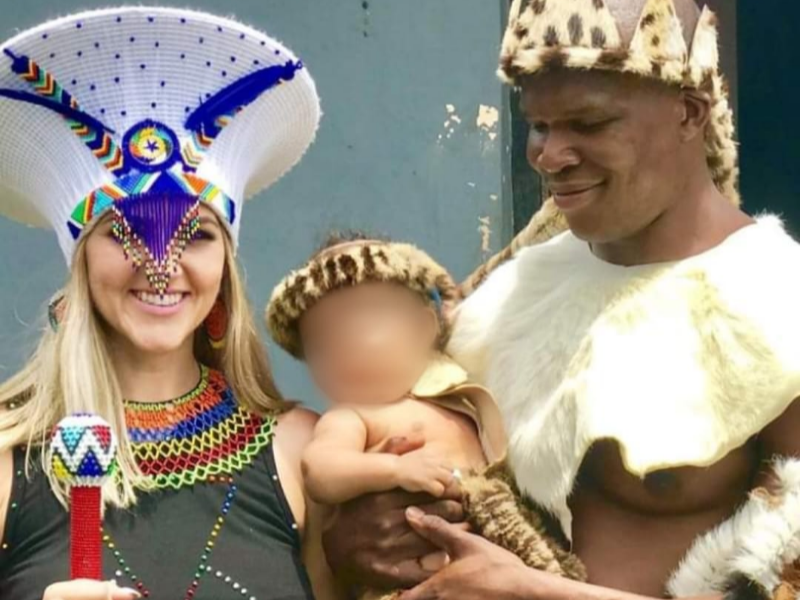 Lindani Myeni and his wife Lindsay with their first-born child.
Spread This News

The body of Lindani Myeni, the former rugby player from KwaZulu-Natal who was shot dead by Honolulu police in Hawaii last week, is set to leave the US on Tuesday and arrive in SA on Friday.

That’s the word from the KwaZulu-Natal premier’s office who said on Sunday that Myeni’s body was released to his wife and was currently at a local funeral parlour.

The 29-year-old rugby player from eSikhawini, in the north of the province, was shot four times by police officers responding to a “burglary in progress” at a home in Nuuanu, Hawaii.

His wife Lindsay and his two children were set to visit family in SA in June. However, this week they expressed their grief and pain as they spoke of preparations to repatriate his body for his funeral.

In a briefing on Sunday, KwaZulu-Natal premier Sihle Zikala provided an update on efforts to return Myeni’s body to SA after a delegation led by the provincial director-general, Dr Nonhlanhla Mkhize, visited his Empangeni home

“On Friday, the consul general in Miami, who is responsible for Ohio state, indicated that the American government has released the mortal remains of Mr Myeni to his wife and they are being stored at a local funeral parlour.”

He said another meeting was held with the family on Saturday and they reported that a flight had been booked to depart the US on Tuesday and was set to arrive at OR Tambo International Airport, on Friday, April 30.

Myeni’s widow, Lindsay, confirmed to TimesLIVE that she was set to arrive in SA next week.

Taking to Facebook on Sunday, Linday shared pictures of a ANC placard demonstration under the auspices of #blacklivesmatter calling for justice for Lindani and for police to return his cellphone.

“Lindani would be stunned that [the] EFF and ANC are writing about him now. This is just the beginning. The world will never be the same again. Release the 911 tapes, release the unedited footage, return the phone. Return the wedding ring, his umqhele headband, and his necklace. We are waiting,” she said.