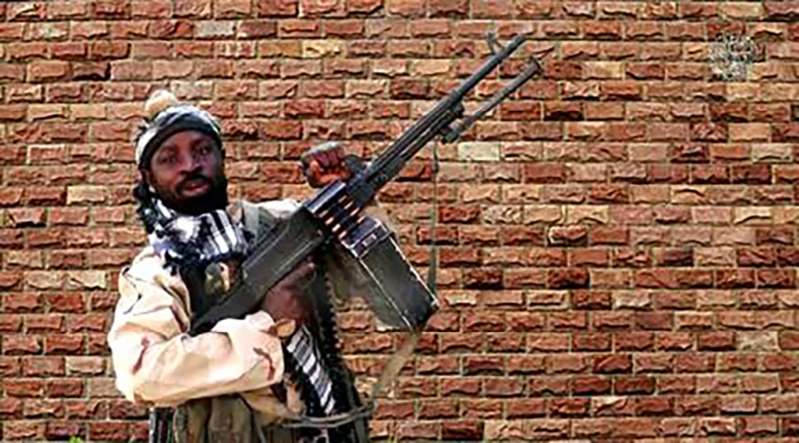 The leader of one of two factions of jihadist group Boko Haram, Abubakar Shekau, claimed a series of attacks in northeast Nigeria in a video message obtained by AFP on Friday.

The firebrand leader said his fighters were responsible for a raid on the military on Monday in Kumshe village, near the Cameroon border, and other attacks in recent days.

“We are responsible for attacks such as those in Kumshe, Gulumba, and other villages where attacks are being carried out in recent days, with the help of Allah,” Shekau said in the eight-minute recording — his first public utterances since July.

Shekau has pledged allegiance to IS leader Abu Bakr Al-Baghdadi, but the Middle Eastern group gave its formal backing only to ISWAP.

ISWAP disagreed with Shekau’s indiscriminate use of violence against civilians and vowed to only hit “hard” military or government targets.

But the recent execution of two civilian aid workers and the alleged killing of ISWAP’s de facto leader, Mamman Nur, has prompted speculation about a takeover by hardliners, and a possible reconciliation with Shekau’s faction.

In the new video, Shekau displays the Arabic logo and black flag of ISWAP, which had on Wednesday also claimed the Kumshe attack.

The same video put out by both factions showed barracks on fire and fighters taking weapons and ammunition as spoils, although it was not possible to determine the location.

If the two factions are reconciled, Boko Haram — which President Muhammadu Buhari said was “technically defeated” three years ago — could once again pose a serious challenge to the military counter-insurgency.

The insurgency has killed more than 27,000 people since 2009 and some 1.8 million are still displaced. Attacks continue but the authorities claim Boko Haram is a spent force.