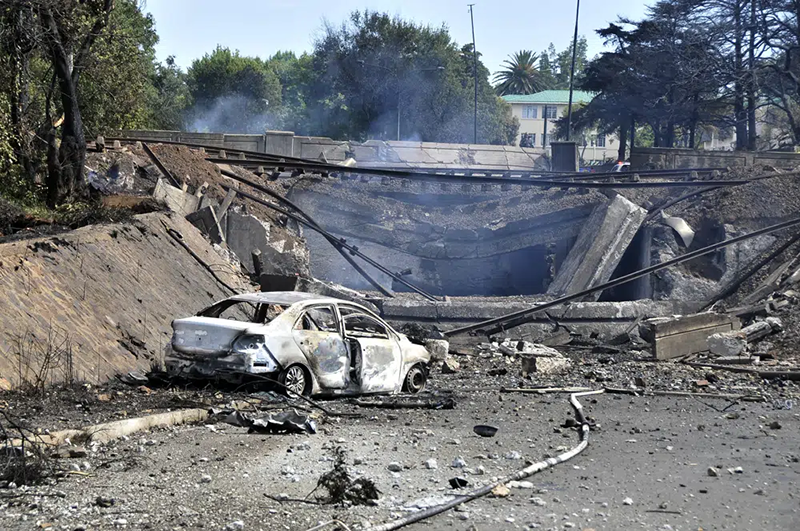 This has brought the death toll to 37 people who have died following the tanker explosion that took place on Christmas Eve near the Tambo Memorial Hospital.

This means that the death toll has risen from 34 to 37 in the past seven days since the last update following the death of three more victims.

On Saturday, December 24, a truck carrying liquefied petroleum gas (LPG) got stuck under a bridge in Boksburg, resulting in a leak and blast that instantly killed 10 people. Since then, the number of victims and fatalities has risen consistently.

A joint memorial service organised by the national and provincial governments was held ahead of the new year to allow families to mourn their loved ones before burials were arranged separately.

In a statement, Lesufi said he has been left dismayed and devastated by the rising death toll, saying he was notified by the police of an increase in the number of deaths since the incident that has shaken not only the South African media and public but the international community as well.

Lesufi said the figure has resulted in the increase in the number of healthcare workers who have died from the explosion.

“Gauteng Premier Panyaza Lesufi is saddened by the rising death toll following the Boksburg tanker explosion. The police notified the Gauteng provincial government that the number of fatalities now stands at 37, with additional body parts found around the area of the incident. Of the 37 people that have passed on, 12 are healthcare workers (10 government employees and two emergency staff), all stationed at Tambo Memorial Hospital,” he said in the statement.

According to the statement, eight Ekurhuleni Emergency Medical Service personnel were injured during the explosion; six have been discharged, while two have since been moved from intensive care to normal wards and are recovering well.

This past week has seen some families burying their loved ones while some families are yet to bury their family members. Both the national and provincial governments have reported that they have deployed officials to attend the funerals and provide support to the affected families.

Lesufi has extended his deepest condolences to the families of the victims, adding that his government will continue to stand by the families who have lost their loved ones in this tragic incident.

“We continue to stand with the families whose lives have been changed forever by the tragic incident. This has nit been an easy period, particularly for those who lost their loves ones,” Lesufi added.