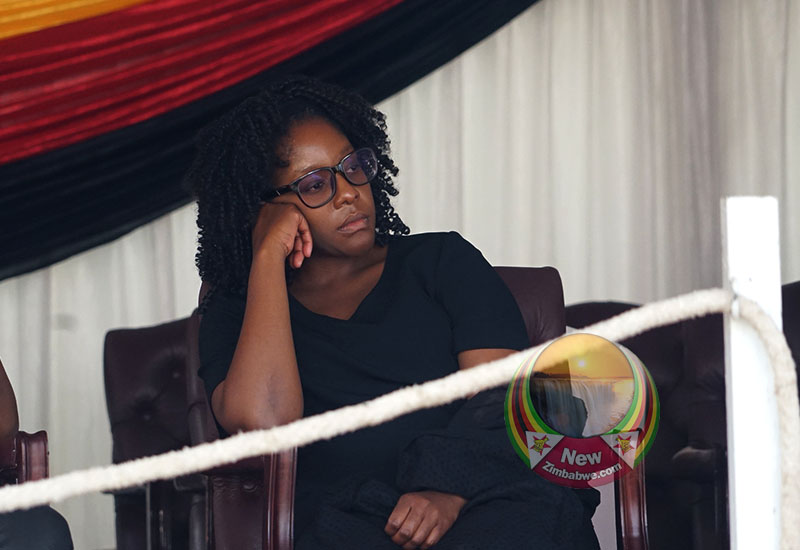 BONA Chikore nee Mugabe, the first-born child of former President Robert Mugabe, has been appointed the executor of her father’s estate.

Bona was appointed at brief meeting held between the Master of the High Court Eldered Mutasa and the Mugabe family Thursday morning.

Family lawyer, Advocate Terrence Hussein of Hussein Ranchod & Company, confirmed the development saying Bona will now begin the process of execution, which will take some time to complete.

Hussein treated Bona’s appointment as a surprise adding that now she will be in the shoes of her late father in every matter that involved Zimbabwe’s once feared ruler, who died aged 95 September this year.

“In terms of the law, the master of the High Court called a meeting for the late former President’s family and close relatives, that is his spouse and children, and explained to them the whole process.

“The law requires the Master to appoint from one of them and that is what we sat for today. Surprise, surprise, of all surprises, the apple of his eye, and first daughter, Bona Chikore has been appointed the executor of her late father’s estate,” said Hussein.

“After compiling all this, what remains will be distributed to the beneficiaries. Although Mugabe is not there now, he is present through his daughter,” the lawyer said.

There were reports that Gushungo Dairies, owned by Mugabe was not listed in his estate.

Hussein clarified the issue saying the dairy company did not belong to Mugabe.

“Talking of Gushungo Dairies, which is private limited company… no one can own a company. What you can own in a company are shares. Mr Mugabe did not own Gushungo Dairies, it is owned by the Mugabe family as such cannot be treated as his personal property.”

The lawyer also brushed away the possibility of Mugabe having properties outside the country saying Bona will have gone after the properties if they existed.

“Because this is wealth, who would ever ignore that. You journalists are incisive you surely would have told us the names of the properties. You didn’t because they don’t exist, they will always be a fabrication,” he said.

Mugabe’s sons, Robert Junior and Chatunga were not present at the meeting.

Grace, Bona and her husband, Simbarashe Chikore and another relative were present.

Hussein said the two boys gave the Master of High Court power of attorney to appoint their sister as the executor.

Bona notified the Master’s Office on October 21 and disclosed that her father had US$10 million in a CBZ Bank nostro account and a number of immovable and movable properties.

Grace Mugabe was listed as the sole surviving spouse while Bona, Robert, Bellarmine and Russel Goreraza were listed as Cde Mugabe’s surviving children.

Hussein said Goreraza there was no problem in listing Goreraza, who is Grace’s son from her first marriage as a beneficiary.

“You don’t have to dramatise the issue, of course he was not Mugabe’s biological son but he was a son in his home. No one disputed that,” said Hussein.

The lawyer indicated that no will had been found and messages had already been sent to other law firms in town to establish if the late former President had not left a will.