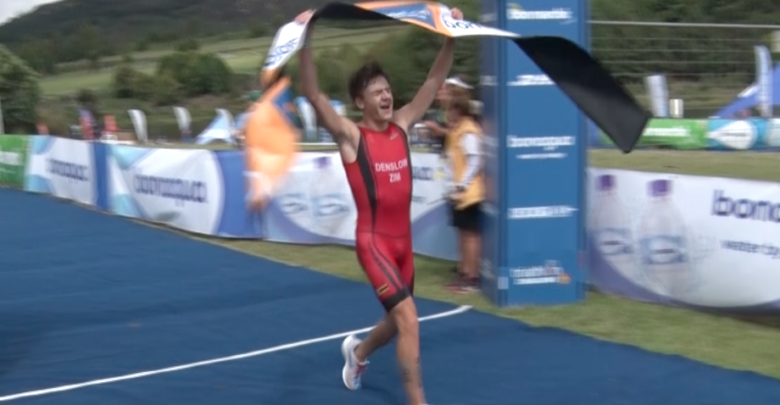 The prestigious African multi-sport festival is expected to take place in Nyanga under strict Zimbabwe’s and World Triathlon’s Covid-19 protocols.

It will be held at Troutbeck Resort run by a leading tourism and hospitality player, African Sun.

Future Olympic hopefuls will also showcase their talent in the Africa Triathlon Junior Cup and best local athletes will compete in the Zimbabwe National Championships.

The Bonaqua Africa Triathlon Cup Troutbeck is a significant platform for African triathletes to upgrade their valuable world points and rankings.

Triathlon is a type of sport which consist of swimming, cycling and running competed as one continuous event over a number of predetermined distances.

Speaking during a virtual media workshop, Bone Marche’ public relations manager, Fadzai Chariga announced the sponsorship of US$12 500, also commending Triathlon Zimbabwe for transparency and accountability in its dealings.

“We are grateful for consistent professionalism that has been exhibited by the organisers (Triathlon Zimbabwe) so far. That is why Bone Marche is in it again this year. We are very pleased to sponsor the event which has been of great value, even to the nation and as well as to sports persons at large.

“We have been sponsoring this tourney since 2017 and this year we are putting in USD 12 500,” said Chariga.

She says sport plays a very important role in the well-being of society hence it must be practised even during this pandemic era.

“We are partnering the Bonaqua Africa Triathlon Troutbeck because Bone Marche believes in promoting a healthy living and our brand ethos are centred around wellness. We want to maintain hope during this new normal we are living in.

“Covid-19 era is the new normal and we need to maintain hope by doing things we used to do before the pandemic. Triathlon encourages discipline in training, exercising and overall wellness.

“Generally, the Bonaqua Africa Triathlon Cup Troutbeck resonates well with Bone Marche’, as a premium brand and it is a perfect fit,” she said adding.

“It is not all about obviously on the field of play, we are very proud to have noted that Triathlon has got a rich history of not only governance but also compliance with regards to our peers,” he said.

“It is a very imperative aspect with regards to our heritage, in that it’s not like we are only producing athletes at the top level, but we should make sure that our administration is also at the top tier.

“We want an exclusive sport for all age groups and we also support the development and growth of triathletes at all levels.”