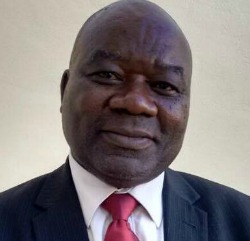 THE Bulawayo Book Fair returned at the weekend after a two year break with the ministry of education using the event to explain the controversial new curriculum.
Going under the theme “Making the book paying”, the event opened in the city on Friday and was expected to be officially opened by primary and secondary education minister, Lazarus Dokora.
Zimbabwe International Book Fair Association (ZIBFA) executive board chairperson, Blazio Tafireyi, said 18 exhibitors were going to showcase their books at the fair which was expected to end Saturday.
“Various exhibitors including authors, book sellers and publishers are exhibiting at this year’s fair. Renowned authors like Pathisa Nyathi, Dr Ndabezinhle Dlodlo and Felix Moyo will be also exhibiting and making presentations. The quality of exhibition at the fair is excellent,” said Tafireyi in an interview with New Zimbabwe.
Tafireyi said ZIBFA had organised a writers, publishers and librarians’ workshop which was to be held concurrently with the book fair.
“We have invited officials from the ministry of Primary and Secondary Education so that they can update participants about the new education curriculum. They will also explain subjects like mass displays, heritage studies, physical education and sport as well as visual and performing arts,” he said.
He also revealed that ZIBFA had failed to organise the fair in the city for the past two years due to serious funding challenges.
“We have not been able to come to Bulawayo for the past two years due to funding challenges. Most of our activities were funded by donors but because of donor fatigue, we were not able to secure funds. However, I am happy that this year, we have managed to raise money on our own to host the fair,” said Tafireyi.
The fair is being held at the Large City Hall.Advertisement