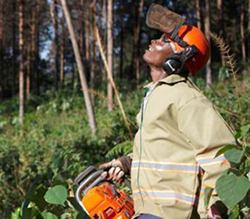 AGRO-INDUSTRIAL concern Border Timbers has applied to be placed under provisional judicial management as yet another big firm faces viability problems and struggles to keep thousands in jobs.
Border employs, which employs 1,700 workers is seeking cover from creditor pressure.
The company said the move was triggered by one of its major creditors, which it did not name, who took the company to court in a bit to recover funds owed.
Last year, the company sold its loss-making subsidiary Border Timbers International, writing off $4,5 million in the process, as it moved to restructure in a bid to stay afloat.
The company also failed to pay its annual fees to Zimbabwe Stock Exchange amounting to $13,000 in the prior year.
“Over the last 12 months, the company has undergone a comprehensive restructuring exercise, the benefits of which are now being seen in lower production costs,” Border said in a statement.
“The Board believes that the company now needs to address its financing arrangements with regards to both cost and tenor and that will be best achieved under protection of Judicial Management.”
The company said it remains viable, with positive cashflows only mitigated by high finance costs, and believes going under judicial management will help protect the 1,700 workers it currently employs.
Last year, major agribusiness Cotton Company also applied to go under judicial management as it grappled with a $50 million debt.
Cottco, however, withdrew its application after reaching a deal with lenders.Advertisement