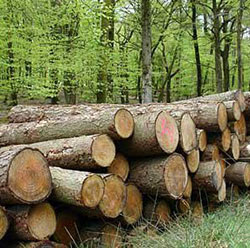 THE Labour Court has ordered Border Timbers to reinstate 70 workers at its Mutare factories, saying their termination in March this year was unlawful, a workers union said on Tuesday.
The affected workers were engaged on fixed-term contracts since the year 2000 and were owed $23 000 in salary arrears.
“The dismissals were deemed unfair in that the employer deliberately failed to implement section 11 of Statutory Instrument 269 of 2000 which stipulated that all contract workers shall be regarded as permanent after one year’s continuous employment from the date of initial engagement,” said the Zimbabwe Furniture and Allied Trades Workers Union (ZFTATU) eastern regional officer, Ezekiel Ngorima.
“The management also violated Section 12 (3) the Labour Act, which says casual workers shall be deemed to have become an employee on a contract of employment without limit of time on the day that his period of engagement with a particular employer exceeds a total of six weeks in any four consecutive months,” he said.
Border Timbers has two processing factories in Mutare, which produce sawn timber, poles and other value added products such as doors, flooring and black boards mainly for export.
The judgement was made last month, but was availed to the union last week.
Border Timber officials were not immediately available to comment.Advertisement