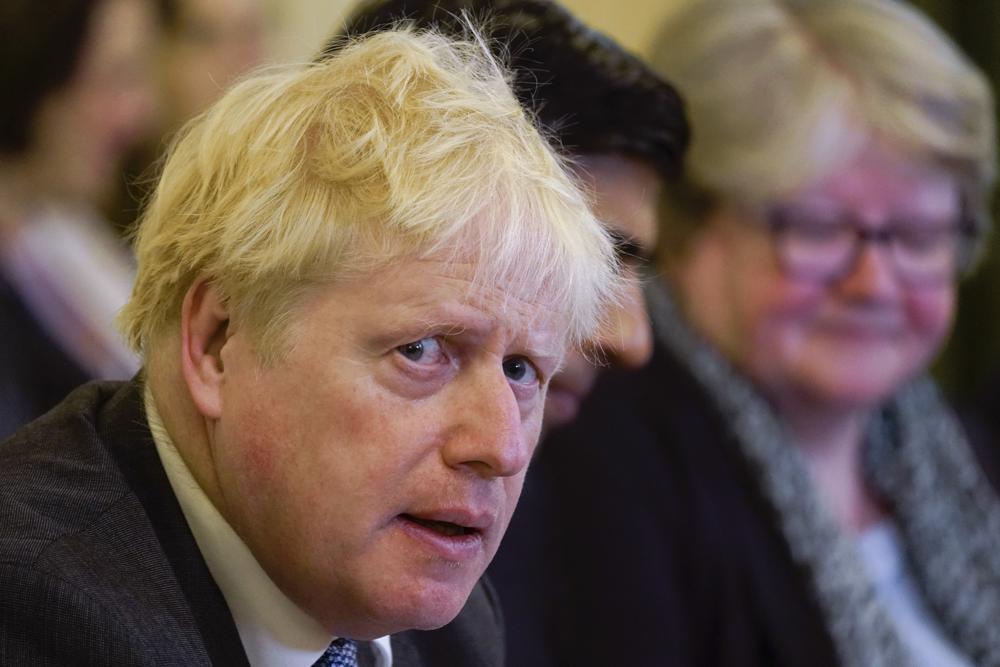 The governing Conservative Party has ordered a lightning-fast race that aims to finalize nominations Monday and install a new prime minister, its third this year, within a week.

Johnson has not publicly declared he is running, but a political ally who spoke with him told Sky News he is “up for it” and bookmakers have made him one of the favorites to win the contest.

A return by Johnson would be an astonishing recovery for a polarizing figure forced out by a welter of ethics scandals. Opponents say giving him another chance would only lead to more controversy and disappointment.

The leadership uncertainty comes at a time of weak economic growth and as millions struggle with higher borrowing costs and rising prices for groceries, fuel and other basics. A growing wave of strikes by train and postal workers, lawyers and others has revealed mounting discontent as a recession looms.

Truss quit Thursday after a turbulent 45 days, conceding that she could not deliver on her tax-cutting economic package, which she was forced to abandon after it caused turmoil in financial markets.

House of Commons leader Penny Mordaunt was the first candidate to publicly declare she is running to replace Truss, saying in a tweet Friday that she represented “a fresh start.”

Mordaunt, a straight-talking 49-year-old Royal Navy reservist who briefly served as U.K. defence secretary in 2019, is bookies’ third favorite. Outside of Conservative circles she is perhaps best known for appearing on the 2014 reality TV diving show “Splash!”

Leading the pack in lawmakers’ support, though yet to publicly declare, is former Treasury chief Rishi Sunak, who was previously runner-up to Truss.

Sunak, 42, had repeatedly warned Conservatives that Truss’ tax-cutting plans would be disastrous — as proved to be the case. The former hedge-fund manager’s supporters consider him a steady hand for an ailing economy.

Popular Defence Secretary Ben Wallace, who was touted as a possible contender, ruled himself out on Friday.

The wild card is Johnson, who was forced from office in July and still faces an inquiry into whether he lied to Parliament while in office that could lead to his suspension as a lawmaker.

His allies in Parliament are working to gather support for an “I’m Backing Boris” campaign. One of them, lawmaker James Duddridge, told Sky News that the former prime minister would fly back from a Caribbean vacation to run in the leadership race and was “up for it.”

Johnson, 58, is still adored by some Conservatives as a vote winner with a rare common touch who led the party to a big election victory in 2019. He is more popular with the party’s grassroots than with lawmakers — and he is reviled by some for the chaos and scandal that marred his term in office.

“Having a winner in place is what the party needs to survive,” Johnson ally Nadine Dorries told Sky News.

Johnson was able to shrug off lapses that would have sunk many politicians. He survived even after he was fined by police for attending one of a series of illegal parties in government buildings while the U.K. was under lockdowns during the coronavirus pandemic.

He finally resigned after one scandal too many. That incident involved his appointment of a politician who had been accused of sexual misconduct, sparking an exodus of dozens of members of his government.

Former Conservative leader Michael Howard implored the party not to return to the “psychodrama” of the Johnson era.

“He’s had his chance, and it didn’t work,” Howard said. Some Conservative legislators have even threatened to leave the party if Johnson returns as leader.

Rob Ford, professor of political science at the University of Manchester, said Conservatives who thought Johnson could solve their problems “don’t live in a reality-based community.”

He warned that the electorate at large has not forgotten Johnson’s many scandals — and he no longer has the appeal he once did.

“We know the public don’t like him, he can’t govern, he definitely can’t unify his party. It will be a disaster. It will fail,” Ford said.

In order to be considered, candidates will need the signatures of at least 100 of the 357 Conservative lawmakers, meaning a maximum field of three. If three meet that threshold, lawmakers will vote to knock out one and then hold an indicative vote on the final two. The party’s 172,000 members will then get to decide between the two finalists in an online vote. The new leader is due to be selected by Oct. 28.

By Friday evening Johnson had about half of the 100 supporters needed to run, according to several unofficial tallies from British media organizations. More than half of Conservative lawmakers have not publicly backed a candidate yet.