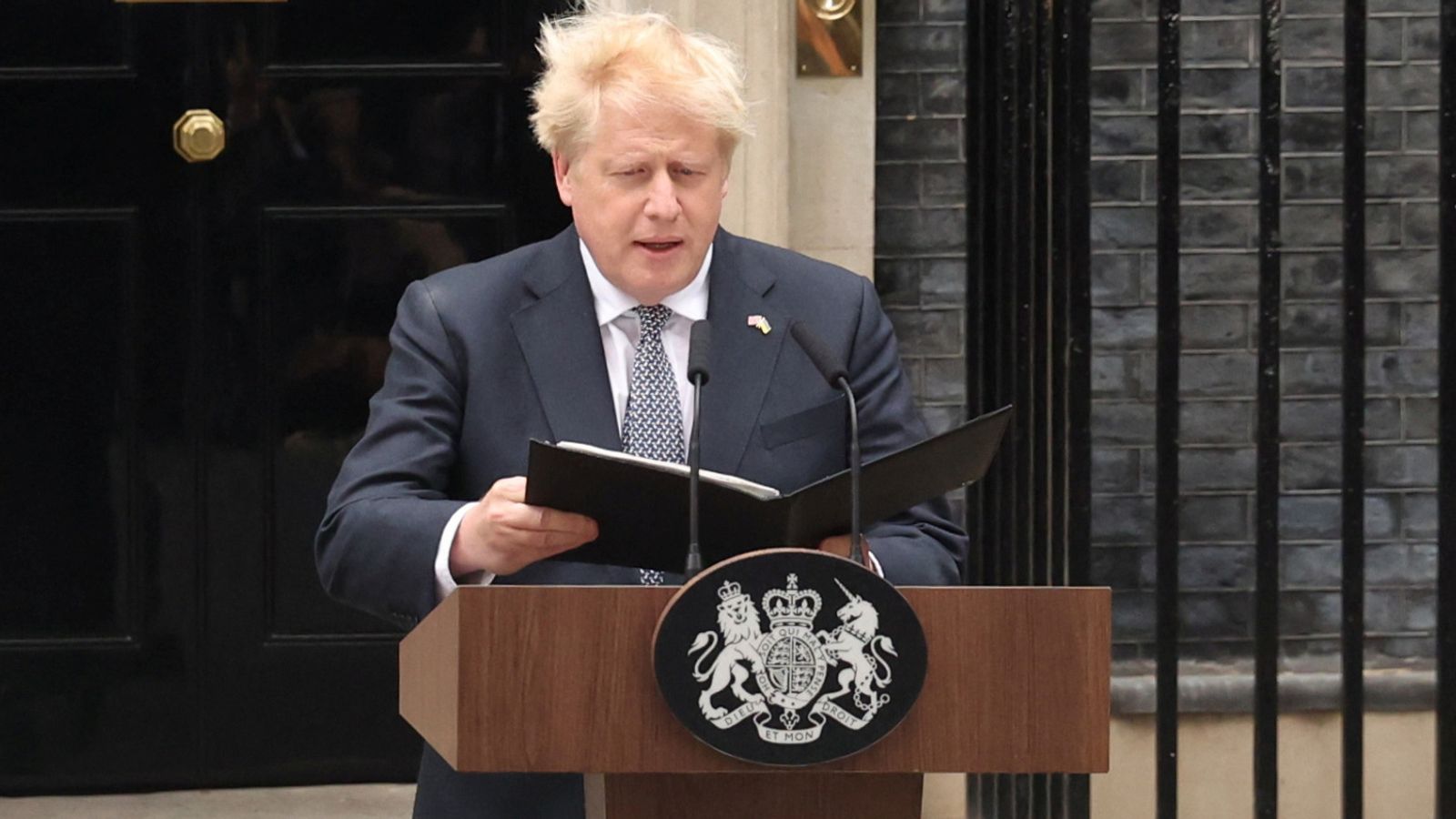 Boris Johnson has said “no one in politics is remotely indispensable” as he announced his resignation as prime minister after less than three years in Number 10.

Speaking from Downing Street, he thanked the millions of people who voted for him and said the reason why he had fought so long to remain at Number 10 was because “I thought it was my job, my duty and my obligation to you”.

Mr Johnson said it was “painful not to see it through”, but added: “No one in politics is remotely indispensable.”

He said he had tried to persuade his cabinet it would be “eccentric” to change prime minister now but “I regret not to have been successful in those arguments”.

Mr Johnson said the process to appoint a new leader would begin now, with a timetable set out next week.

There had been intense pressure on the PM to quit after more than 50 resignations from the government payroll, and waves of backbenchers appealing for him to go.

The mass rebellion began on Tuesday after Downing Street admitted the PM knew about allegations of inappropriate behaviour against disgraced former Deputy Chief Whip Chris Pincher in 2019, but still appointed him in February and sent ministers out to defend him.

Health Secretary Sajid Javid and Chancellor Rishi Sunak were the first to resign on Tuesday night, but over the past 48 hours, MPs from all levels of government piled in their letters and demands for him to go.

Mr Johnson initially insisted he was staying in post, with a source inside Number 10 saying just this morning that he planned to “fight on”.

But after new education secretary, Michelle Donelan – who had only been in the post for 36 hours – resigned and his freshly appointed Chancellor Nadhim Zahawi publicly called for his exit, Downing Street confirmed the PM would be resigning today.