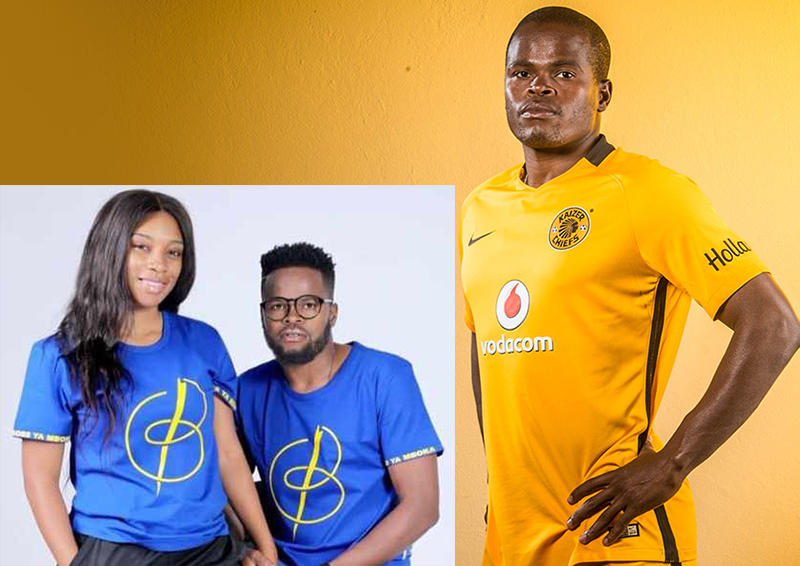 PRETORIA: After walking away from Kaizer Chiefs with his head held high, having made 326 appearances for the Naturena side and a record highest appearances by a foreign player at Amakhosi, Willard Katsande says his romance with the beautiful game is not over.

With a truckload of nicknames, from Salt and Vinegar, Cheese and Onion, or King Salt linked to the popular potato chips brand, as well as Bute, which translates to snuff in Shona, in relation to an incident where he was showered with snuff by fans, it was the nickname Boss Ya Mboka that has stuck and become his brand name at the twilight of his football career and the beginning of his business venture.

Katsande, who has since moved to DStv Premiership fledgling side Sekhukhune United, spoke at length with the popular DJ Ollah 7 on Zimbabwe’s Star FM.

“If I can tell you, based on my experience as a footballer, football gave me a name. It gave me a little bit of money to actually have a house and whatever whatever, and direction. But people mistake footballers. Footballers, we are like musicians, we entertain people but what we take home is little. Trust me,” said Katsande.

Katsande said in sharp contrast to his recent heroic departure at Chiefs, his start was actually disastrous, with a lot of booing and stage fright in front of the frenzied thousands of gold and yellow Amakhosi fanatics.

“When I arrived at Kaizer Chiefs, I was just a boy who had never experienced a big team. From there, the hardship (began). My first game at Chiefs was horrible, and it was like the stadium management had switched off lights for me. I felt alone in the stadium, I couldn’t see anything and the fans started whistling and shouting “who is that player, take him out of the pitch!”.

“Engulfed with fear, I would make mistakes, sometimes I would fall when given the ball, or I would slip the ball back to Pirates. My first game at Chiefs was against Orlando Pirates in the MTN8 finals. I came in to replace the favourite (Siphiwe) Tshabalala. The load on my shoulders …”

Katsande said for the few minutes he was on the pitch, “everyone would see that this guy is just useless” in that September 10, 2011 debut where Chiefs went down 1-0 to their perennial nemesis Orlando Pirates courtesy of an Oupa Manyisa strike in extra time.

After being benched for the next match against his former club, Ajax Cape Town, Katsande’s disastrous start at the Glamour Boys was a week later, worsened by another calamitous encounter with the old nemesis Orlando Pirates again.

“I was sitting on the bench, and 13 minutes into the match, our player got injured and the player put me in even without warming up. It was a disaster. That was a worse disaster than the first one. From there, I went for six months without even playing. The very first time I came back, I was a bit stronger and I had done my research about what Kaizer Chiefs means to people. I came back as a right back.

“One of our players got sick and I was told that I was going to replace him. I had not trained as a right back my whole life. I said give me the task and let me show them. At the end of the match, I was awarded man of the match.

“I then realised that these people (the fans) do not hate me, but they just love their team. From there, I started seeing the fans in a different way. I went on to play 326 matches,” he said.

In the prestigious decade, Katsande was pivotal in Kaizer Chiefs winning the coveted Premier Soccer League and the Nedbank Cup in 2013.

He pocketed more than R200 000 from that event in total prize-money after taking home most of the awards on offer.

Now with an ambassadorial role at Sekhukhune United, rolling the curtain on his playing career, Katsande said focus is on his “Boss Ya Mboka” clothing line brand in partnership with his wife Bonga.

Mboka means country in Lingala, a language spoken by millions of people in the northern parts of Congo, the Democratic Republic of Congo and Angola.

Katsande said he has always been a snazzy dresser, and he has partnered with his wife Bonga to grow the brand across different borders.

“I am a person who likes to look nice, then I decided that when I am doing this, a lot of people are giving me comments like ‘you are doing so well, you are dressed so well” then it gave me the idea. I said why can’t I try. When I tried with my wife, we were scared. It is a dominant industry, but we have to learn,” he said.

“The response has been good, especially the activations that we have been doing towards the end of last year. The response was good, people were being supportive and we had lots of people and teams supporting us, trusting us with their regalia. The response is overwhelming because we did not think we were going to go this far,” he said.

Katsande, who keeps his private life hidden, also divulged that he does not prefer social gatherings but chooses to spend time with his wife Bonga, a South African national.

“I am married to my wife Bonga. I respect that, if I keep that private and personal because I am enjoying my life and we are fine. The most important thing is to be happy. You cannot do something you are not happy about,” he said.

Bonga was with her in the Harare studio, and said a few words in Shona.

“The most important thing is their future (the children). Their future is very important because they have nothing to do with all of this,” he said.