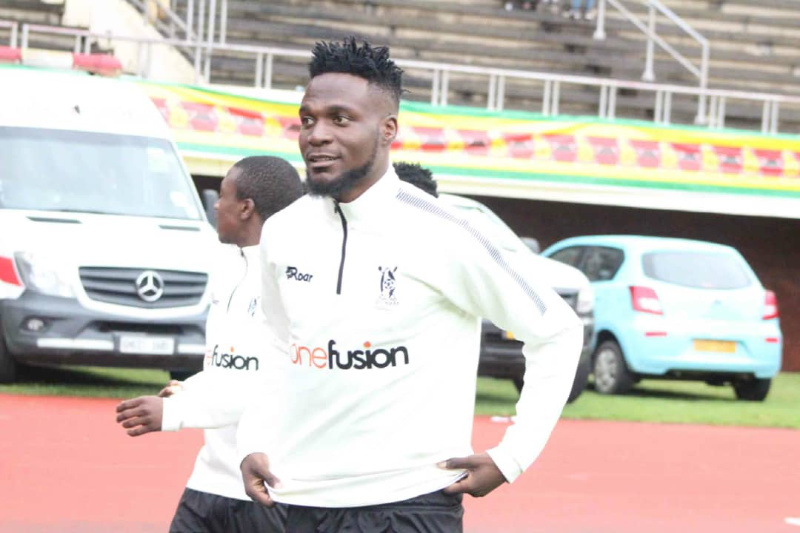 HIGHLANDERS midfielder Ben Patrick Musaka Friday night took time off his ball distributing job on the field of play to source and distribute bread, drinks and fresh chips to some 11 elderly citizens he found sleeping in a bank queue.

The footballer was in the Bulawayo city centre at around 8pm when he found himself playing philanthropist to some desperate citizens who were just about to spend the night in the queue.

Musaka told NewZimbabwe.com he was touched by the scene which prompted him to share the little he could afford.

“I grew up in a Christian family and my father is a pastor,” he said.

“He also has a foundation that helps orphans, widows and the less fortunate people. So, I am always motivated by the moves and I am following his footsteps.

“Things are so hard out there and we are all trying to survive, but there is nothing more special than to come together and share every little that we have especially to the elderly who no longer have the power to take care of themselves.”

It was not the first time Musaka has found himself extending some assistance towards the needy.

The football star dreams of opening his own charity organisation.

“I wish to even do more than what I did now,” he said.

“Even with some little money I would be having at the time, I feel bad seeing some people in town looking hungry.

“Just a few days ago, an old lady came to my car window, she looked well-dressed, but she said she was hungry and had not had a meal since the previous day having spent the whole night waiting in vain in a queue for money. She even had no bus fare to go back home.

“To be honest, I didn’t have any cent on me on the day and it really broke my heart not being able to help her,” said Musaka.

The footballer, who has been out of action for quite a while now through injury, also encouraged fellow athletes to get engaged in activities that benefit their communities.

“I urge all the footballers out there to do more than just playing football.

“We should also be involved in these activities.

“Some of us footballers are role models and we also have fans. So, if we do such things we will encourage some other people do the same,” he said.