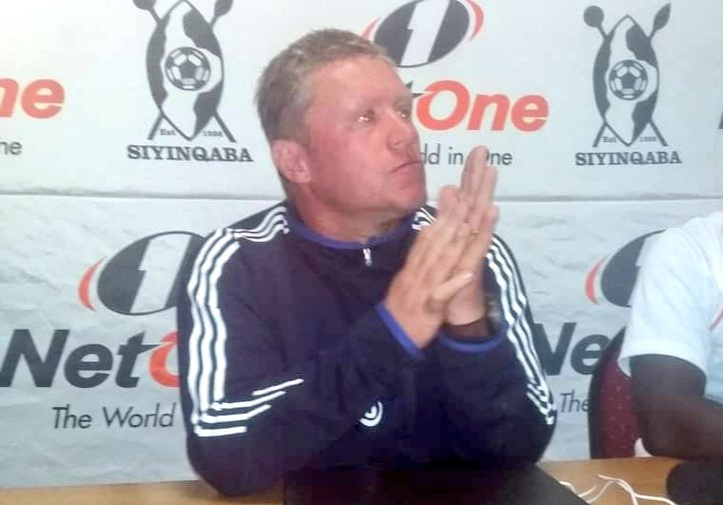 HIGHLANDERS technical manager, Hendriek Peiter De Jongh has heaped praises on his young charges for booking themselves a ticket to represent the country in the Confederation of African Football (CAF) Confederations Cup next season.

This is after the Bulawayo giants beat Ngezi Platinum last Saturday to clinch the Chibuku Super Cup, the country’s biggest football knockout competition.

In an interview with NewZimbabwe.com, De Jongh said the accomplishment was more important to the club than to himself because it has been a while since the club played international football.

“It is so very good for the team to represent Zimbabwe in Africa and we are looking forward to it. To me it’s not that new because I have been there recently but for Highlanders, it’s so good and we hope we will shine and make the country proud,” De Jongh told our reporter.

Highlanders qualified for the Confederations Cup, Africa’s second most prestigious international football competition, when they beat Ngezi 1-0 at Barbourfields Stadium.

Bosso did it with great character, as they did not concede a single goal in all the stages.

“When I came here, my task was to save the team from relegation.

“Me and the players linked up very well and the rest is history.

“We did not concede a single goal throughout the tournament because of our hard work. We believed in ourselves and we have one of the best goalkeepers in the land,” the Dutchman said while referring to Arial Sibanda.

Bosso last featured in the Confederations Cup 11 years ago in which they were eliminated by Al Merrikh of Sudan in the second round of the tournament.

In 2011, the Bulawayo giants withdrew from the same competition in the preliminary rounds.

A year later, Bosso received a three and a half year ban from participating in CAF competitions because of their failure to participate in the Confederations Cup the previous year.