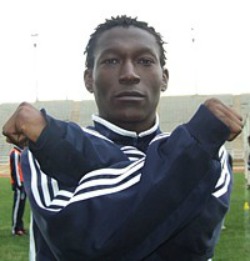 Highlanders 1-0 Chicken Inn
RALPH MATEMA scored the only goal of this match from the penalty spot as Highlanders bagged the 2015 Easycall Cup against Chicken Inn at Barbourfields Stadium on Sunday.
With the win, Bosso banked $80, 000 while the Premier Soccer League champions were $50, 000 richer.
Matema re-joined Bosso in the middle of the season after stints with Orlando Pirates and Witbank Spurs in South Africa and what a way to finish his homecoming!
Chicken Inn had all the chances in the opening stanza, but things changed in a split second after 40 minutes.
Defender Honest Moyo broke into the Chicken Inn box and skipper Danny Phiri was a shade too slow to get to the ball and he got the man instead, leaving the referee Brighton Chimene with no choice but to point to the spot.
Up-stepped Matema to send Chicken Inn goalkeeper Elvis Chipezeze the wrong way to give Highlanders the lead, going into the break.
They have done it before, that is, coming from a goal down to force a draw or even the win the match, and Chicken Inn, right from the start of the second half went for the jugular.
But Bosso coach Amin Soma Phiri saw the plan, and made changes, bringing on Valentine Ndaba for Teenage Hadebe in the 47th minute to penetrate the gaps on the left side that Chicken Inn created in their quest for the equaliser.
And Ndaba was involved in Bosso’s attempt to get a second goal with a darting run on the left and when Chicken Inn failed to clear, the ball fell to King Nadolo who dummied Lawrence Mhlanga, but then sent his effort wide.
On the hour, Mitchelle Katsvairo got the better of Moyo but shot weakly at Bosso keeper Arial Sibanda and moments later, George Majika weaved past Bruce Kangwa, but the end product was dispatched to safety.
Matema had the chance to make it 2-0 in the 70th minute when Kangwa’s
long clearance from the back found its way in to the Chicken Inn box but Mhlanga failed to clear until Chipezeze came out to save the situation.
Substitute Ishmael Lawe had a chance to equalise from a corner in the 77th minute but headed over after keeper Sibanda was caught in no man’s land.
Edmore Chirambadare, three minutes from time, had the best opportunity to send the match into extra time when he rocketed his ball into the near post but keeper Sibanda punched it for a corner.Advertisement

From that corner, Ndaba emphatically cleared and the ball fell to Knox Mutizwa, who was just a shade offside.
With three minutes of stoppage time added, Chicken Inn pushed more bodies upfront, but then, again, left gaps at the back.
In the 91st minute, Ndaba’s long ball was well controlled by Mutizwa but his effort was saved by Chipezeze and Matema could not convert the rebound.
And that was just about it, leaving Chicken Inn coach Joey Antipas livid at the penalty decision.
“It was dodgy, if you look at it there was no contact there but that is the name of the game and I am naturally disappointed. The referee was a little bit undecided about that penalty as well.
“Some of our key players were out of the game and we played in phases and we paid the price,” the coach of the year said.
Highlanders technical advisor Cosmas Zulu had a mouthful after the match about his team’s strategies.
“When we started this competition, we wanted to win it, and we have done it. We wanted to give the Highlanders family a Christmas present and this is their present from us. From all the games, we have played in this competition, this was the toughest match.
“We wanted to get rid of Kutinyu (Tafadzwa) and Clemence Matawu and we put King Nadolo against their captain Deco Phiri because we knew he (Phiri) would not move up into attack.
“We started Ndaba on the bench and we brought him in in the second half because we knew their right back (Passmore Bernard) wants to move up all the time and that would give us some gaps at the back.
“All our plans worked out because when we took over we knew the team did not have the mental strength, so we worked on that as well.
“In modern football, you have to be aware of technical ability and that is one thing that has worked for us,” Zulu said.