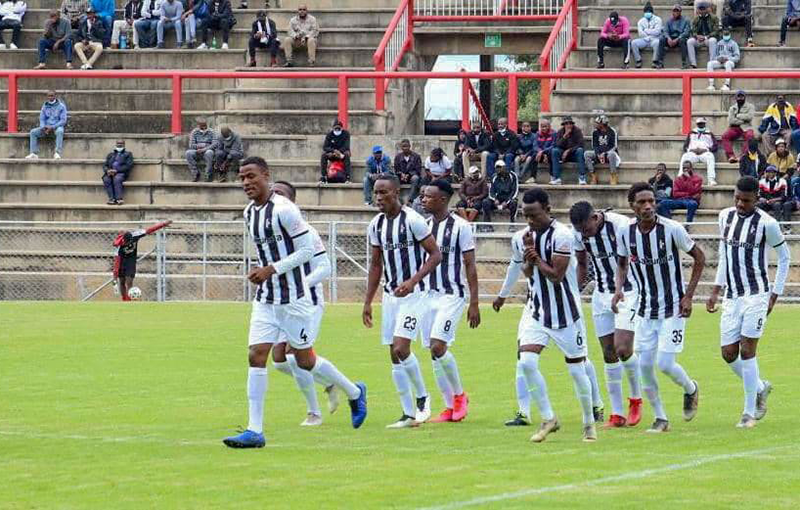 FC PLATINUM now hold a five-point lead at the top of the Castle Lager Premier Soccer League after second-placed Chicken Inn slumped to a surprise 1-0 defeat against relegation-threatened new-boys Tenax at Vengere Stadium on Sunday.

After FC Platinum won on Saturday, Chicken Inn were desperate to win to keep up with their title rivals in the race for the championship.

Instead, the Gamecocks, who have been going through a run of inconsistent form found the going tough against Tenax.

The home side got their solitary goal from Panashe Mutasa in the 22nd minute and held on for a famous win which ended their run of three successive defeats.

In one of the big matches on Sunday, Highlanders continued their revival since the sacking of Mandla Mpofu after sealing a comfortable 3-0 win against Manica Diamonds at Barbourfields Stadium.

With the two teams seemingly headed to the halftime break goalless, Highlanders broke the deadlock on the stroke of halftime, through defender Peter Muduhwa.

Highlanders stretched their lead in the 70th minute through striker Stanley Ngala, before Godfrey Makaruse, who has been Bosso’s leading performer in recent weeks, sealed the victory beauty of a goal five minutes later.

The victory lifted Highlanders to seventh place with 30 points. The Bulawayo giants are now two points behind Manica Diamonds, who remained in fourth position on 32 points.

Meanwhile struggling Harare giants Caps United were held to a goalless draw by Black Rhinos at the National Sports Stadium while there were also no goals in the match between Triangle United and ZPC Kariba at Gibbo Stadium.