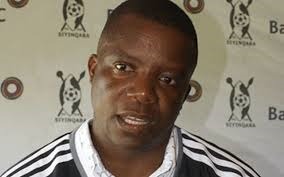 THE fourth instalment of the Dynamos-Highlanders clashes takes place this Sunday in the Commander ZNA Charity Shield final at Rufaro with Bosso gaffer Bongani Mafu keen to give his young players a chance in the game.
Highlanders have Mthulisi Maphosa and Gabriel Nyoni on the injury list while Teenage Hadebe, Knox Mutizwa and Nqobizitha Masuku are with the Young Warriors for the African Championship qualifier in South Africa on Saturday.
“Nyoni had a slight injury, but he had light training and he is willing to play this weekend. Maphosa is out for a long time.
It’s the same knee that has been giving him problems. Felix Chindungwe is expected back today (yesterday). He had gone to attend a family issue,” he said.
“My idea is to play everyone in the team so that I can assess them.
I am a little worried that Highlanders hasn’t beaten Dynamos in several seasons and it seems it is now affecting players and our supporters psychologically,” he said.
Mafu said he was itching to see some of the players who include Godfrey Makaruse playing, but he will also add experience to the team and should a deal be sealed in time for Bulawayo Chiefs striker Ishmael Wadi, the player would be included in the travelling list.
New signing Peter Muduhwa is also likely to get a chance to play against Dynamos.
Dynamos beat Highlanders 1-0 in the Bob91 Super Cup final early in the year before winning 3-2 in a contentious league match.
Last week, the two teams drew 1-1 in a reverse league encounter at Barbourfields.
For Dynamos, midfielder Ronald Chitiyo has recovered and is likely to be given some game time while the new striking trio of Takesure Chinyama, Richard Kawondera and Rodreck Mutuma could be played together again to give them time to gel.
They have only played a single match together against Highlanders last week.
Mutuma returned from Caps United two weeks ago while Chinyama has been without a club in the last six months.
Kawondera was signed from Triangle.
Goalkeeper Artwell Mukandi is finally likely to get in between the sticks after being elbowed out by impressive Young Warriors goal minder Tatenda Mukuruva.
Dynamos will also be without Blessing Moyo who, like Mukuruva and Carlos Rusere, who are in South Africa for the Under 23 Championship qualifier.Advertisement