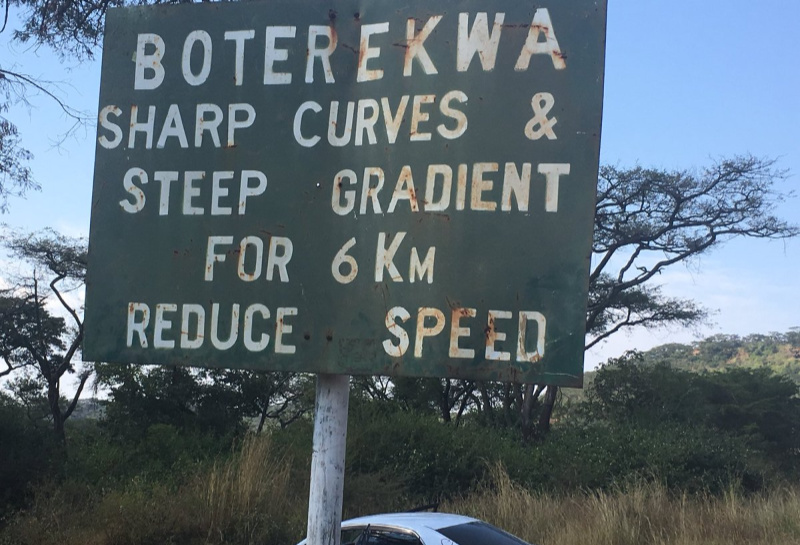 THE Fernie Creek Pass (Boterekwa Escarpment) near Shurugwi is faces collapse after artisanal miners have dug a 15-meter-deep and eight meters wide cross-cutting tunnel underneath the road.

This has resulted in part of the highway linking Zvishavane and Shurugwi to caving in with the situation now a threat to motorists travelling between the two urban centres.

The road is often used by haulage trucks travelling to Zambia, DRC and Tanzania through Gweru from South Africa.

“We visited the damage site along Boterekwa and confirmed that there are two tunnels underneath the road coming from the eastern side of Boterekwa.

“The other measures eight meters wide and two meters deep.

“The other one looked more dangerous because it is approximately 15 meters deep and from what we have observed, part of the road has started giving in.

“Some are old tunnels that the artisanal miners have started working on.”

Bhasera said the damage started back in 2011 when illegal gold panners damaged the same road.

The road was rehabilitated but the miners have since returned.

“These illegal mining activities started as way back as 2011 when the gold miners damaged the same road along Boterekwa escarpment.

“The road was rehabilitated but now they have come back,” he said.

Permanent Secretary in the Information Ministry, Nick Mangwana however tweeted that works to restore the road had started and could be done in a week’s time.