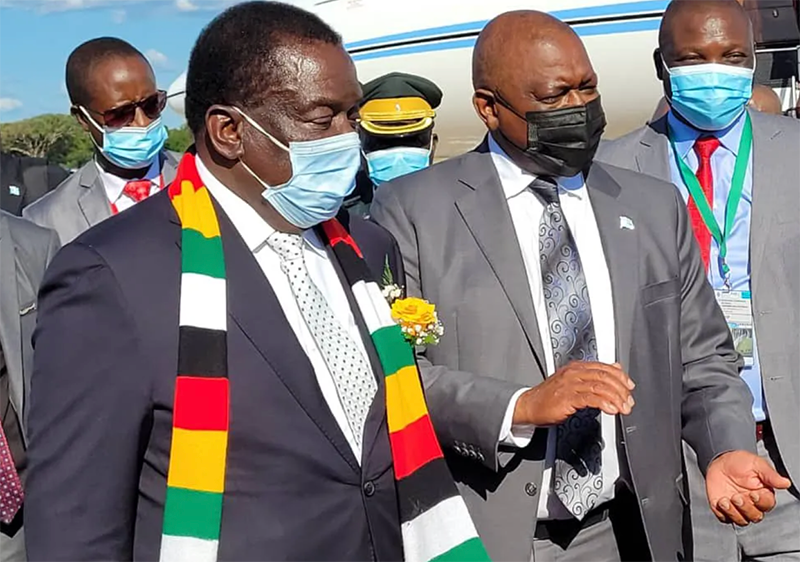 Masisi made the remarks in his keynote address when officially opening the recent Zimbabwe Agricultural Show earlier this month.

The call has reportedly rattled the neighbouring country’s political parties, with the BCP demanding Masisi to swallow his words.

“Botswana continues to call for the removal of sanctions against Zimbabwe… We just came from our elective congress, and Zanu PF was represented very well…. The two ruling parties have relations, we are friends,” said Masisi in his address.

But, BCP Information and Publicity Secretary, Mpho Pheko questioned the rationale behind the remarks during a State visit, arguing the call was a violation of foreign practice in the conduct of international relations, especially those of a sovereign nation.

The party said Masisi’s attempt to absolve Zanu PF and President Emmerson Mnangagwa from blame for the Zimbabwean crisis was not only an “affront and insult to the suffering people of Zimbabwe”, but it was also an attempt to “revise history in the most deceptive way.”

“It is similar to convincing us that Idi Amin was an honourable man. The fact is, the sanctions are only targeted at designated people in Zimbabwe, who are key members of the Mugabe regime, including Mnangagwa.

“How this affects the economy of Zimbabwe is yet to be explained. President Masisi must confide in Botswana before he tells the world that he speaks on their behalf,” said Pheko.

The party called upon the Government of Zimbabwe (GoZ) to introduce the necessary reforms to allow for true democracy to thrive while criticising repression of political opponents and intimidation of those who challenge the Zanu PF regime.

BCP urged the two leaders to provide economic reliefs to Zimbabweans at home to scale down economic migrants in other countries, and to stop repressive actions against citizens of Zimbabwe, whose only crime is to offer alternative voices and express their democratic rights.

The leaders of the two countries were also urged to provide a solution to the continuing cases of cattle rustling between the two nations, and deliberate on democratic reforms that among others, would allow Zimbabweans in diaspora to participate in their country’s electoral processes, without having to cross borders.

“Blaming targeted sanctions, without resolving the above points, is not in the interest of an ordinary Zimbabwean,” added Pheko.

“Having noticed the decline of democracy and the disregard of the rule of law in Botswana under the BDP government, the BCP hopes that the budding friendship between BDP and Zanu PF will not further undermine democracy in the two countries.”