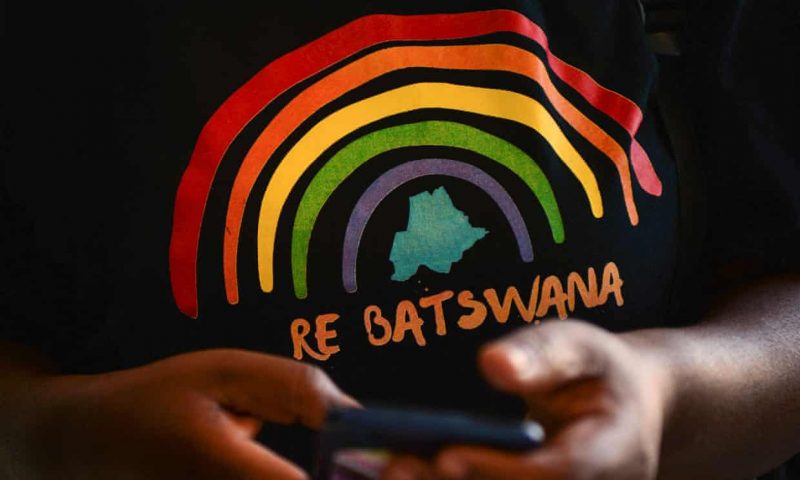 GAY rights campaigners expressed joy at the Botswana court of appeal’s decision to uphold a ruling that decriminalised same-sex relationships, saying the country’s judiciary had set an example for other African countries.

The government had appealed a 2019 ruling that criminalising homosexuality was unconstitutional. The ruling had been hailed as a major victory for gay rights campaigners on the continent, following an unsuccessful attempt in Kenya to repeal colonial-era laws criminalising gay sex.

Dismissing the appeal on Monday, the bench of five judges unanimously ruled that criminalising same-sex relationships was a violation of the constitutional rights of LGBTQ+ individuals to dignity, liberty, privacy and equality.

“Those sections [of the penal code] have outlived their usefulness, and serve only to incentivise law enforcement agents to become keyhole peepers and intruders into the private space of citizens,” said court of appeal president Ian Kirby.

The ruling added: “Since the appellant’s grounds of appeal have been unsuccessful there can be only one outcome and that is that the appeal must fail.”

Before the 2019 ruling, gay sex was punishable by up to seven years in jail.

“I feel really happy, I feel relieved, I feel hopeful about our future as the LGBTIQ community in our country. I feel protected. I have all sorts of emotions, but the bottom line is I am really happy,” said Caine Youngman, head of policy and legal advocacy for the organisation Lesbians, Gays and Bisexuals of Botswana.

He added that the judgment will “be very useful for other comrades around the continent of Africa”.

Homosexuality is illegal in many countries, with convictions carrying a death sentence in some states.

“I hope it will alleviate our suffering as the LGBTIQ community,” Youngman said.

The LGBTQ+ community in Botswana has received support from the country’s president, Mokgweetsi Masisi.

“Just like other citizens, they deserve to have their rights protected,” he said in a speech in 2018.

UN resident coordinator and representative of the UN secretary general in Botswana, Zia Choudhury tweeted: “Woohoo! Justice for #LGBTQ community, and justice for all who believe in #HumanRights.

“The @UN_Botswana family stands hand in hand with #LGBTQ community. We believe human rights belong to everyone. Every human being can love and be loved, without fear of persecution.”