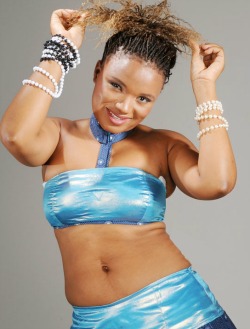 ONE of Botswana’s most celebrated divas and artist, Charma Gal is planning great come back for 2017 and will work with the legendary Oliver Mtukudzi on her new project.
The former Culture Spears lead singer did not release any album in 2016 following a hard time after five of her dancers perished in a car accident while travelling from a performance in Ghanzi.
According to her manager, Resego Matenge, they have made several trips to meet with the legendary Zimbabwean superstar musician and the deal is on.
“Right now everything is on hold because we are waiting for Tuku who is currently in the UK,” said Matenge.

He told WeekendLife that this is a work in progress and they are hoping to finalise with Mtukudzi who is a very busy man. Should the Sekuta hit- maker manage the deal she will become the second artist from Southern Africa to have collaborated with Mtukudzi after the South African, Ringo Madlingozi.
Tuku is considered Zimbabwe’s most renowned and internationally recognised cultural icon of all time. With his husky voice, he has become the most recognised voice to emerge from Zimbabwe and onto the international scene and he has earned a devoted following across Africa and beyond.
The Zimbabwean mega star will be collaborating with Charma Gal on one song which will feature in the new album which is due to be released very soon. According to Matenge the album is almost done.
However, he could not share more details but confirmed that negotiations with Mtukudzi are at an advanced stage. He said Charma Gal also featured Jah Prayzah in the same album. The two have collaborated before in a hit, Dali Wangu, which was a favourite both in Zimbabwe and Botswana.

Matenge said the reason they are currently working with Zimbabwean artists is that Charma gal’s beats and rhythm are more like the Zimbabwean dancehall. The album is expected to be a hit and will signal the return of Charma Gal after she suffered a blow in her career last year.
Matenge said they have already replaced the dancers and they have tried to deal with the situation even though it was not easy.Advertisement

The revamped Charma Gal’s riveting last offering which was playing in every car, bar, crib and cafe featured kwasa-kwasa sounds, and was perhaps the best of the Eke Ntolo  founder’s talent unleashed.