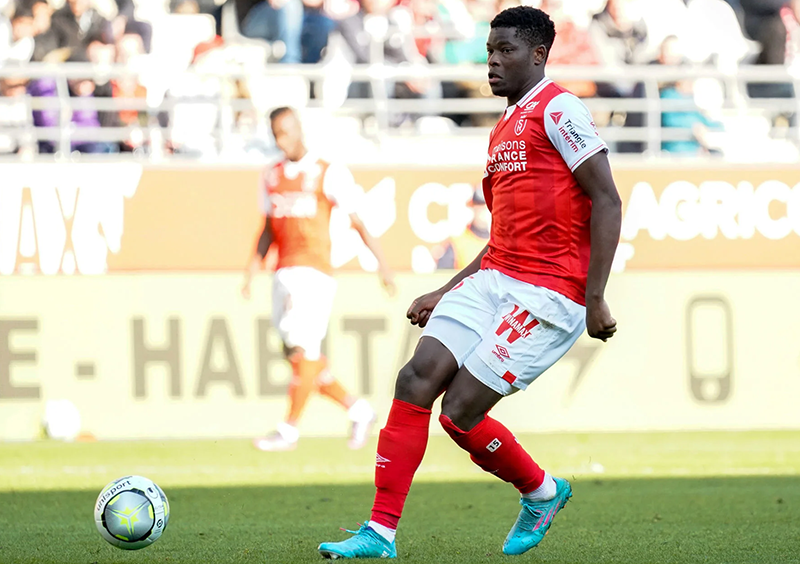 ENGLISH Premier League side AFC Bournemouth and Championship outfits Burnley and Watford are being linked with a move for Zimbabwe international midfielder Marshall Munetsi, according to reports from France.

Munetsi is one of Ligue 1’s most underrated holding midfielders. Having arrived from South African outfit Orlando Pirates in 2019, Munetsi has played 76 games with Reims since scoring seven goals.

Three of those came this season, including an all-important game-winning goal against relegation-battlers Ajaccio on match-day 18.

Foot Mercato are reporting that 17-placed Premier League outfit Bournemouth, who are also home to another Zimbabwe international, Jordan Zemura, are keen on his signing.

The 26-year-old attracted interest from Premier League side Brighton and Hove Albion ahead of the start of the season but Reims were reportedly unwilling to sanction the move.

Munetsi went on to extend his contract with Les Rouges et Blanc last summer, tying down to a contract due to expire in 2026.

Reims boss Caillot was quoted by L’Union afterwards saying: “He (Munetsi) has just extended (his contract) and is untransferable.”

With Reims having already declared that Munetsi is not for sale, it may take a sizeable offer to test their resolve.

Data website Transfermarkt which values players based on a range of characteristics and statistics estimate the Reims’ stalwart transfer value at around €5m.