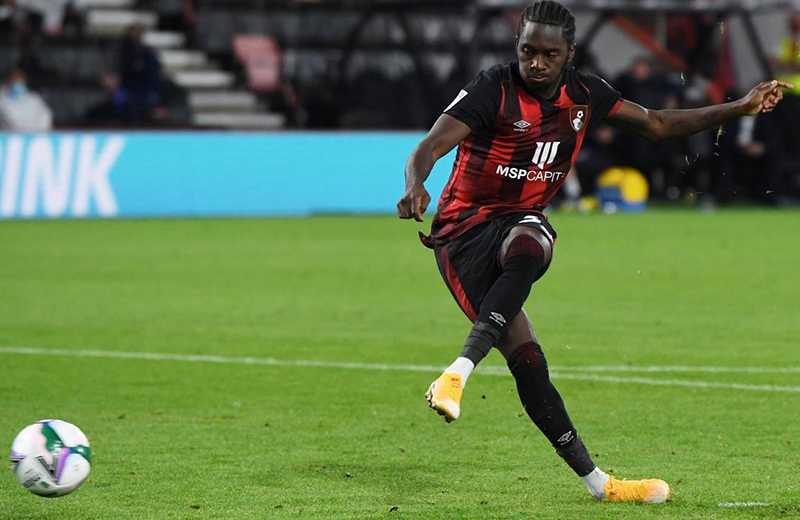 BOSS Scott Parker believes there is “more to come” from flying full-back Jordan Zemura – despite his incredible record when featuring in Cherries’ team this season.

From his 21 Championship games played during the campaign, the Zimbabwe international has only been on the losing side on one occasion.

Zemura played in the first 15 contests of the league campaign, as Cherries made a record-breaking unbeaten start to the season.

An ankle injury sustained against Reading meant he did not play in losses against Preston, Derby and Blackburn, as part of a seven-game absence.

The Zimbabwe international returned for the 1-0 defeat at Middlesbrough in December, before featuring in victories against Queens Park Rangers and Cardiff.

Zemura was then called up for the Africa Cup of Nations in January – meaning he missed Cherries’ defeats against Luton and Hull City before coming back into Parker’s squad for wins against Barnsley, Birmingham and Blackpool.

Overall, when Zemura has played for Cherries this season, they have won 16, drawn four and lost one of their games.

Without him, they have won just once, drawn on three occasions and lost five times.

Asked about the upturn in Cherries’ form when Zemura featured, Parker replied: “I think it’s a good point. I see that and I’m fully aware of that.

“I think Jordan has done incredibly well at the start of the season. He then got injured.

“That’s just come with being injured, being away from the squad, going to the Africa Cup of Nations as well.”

Zemura has been pushed for his place in Cherries’ squad this season by Leeds United loanee Leif Davis, who won the club’s player of the month award for January in his absence.

And Parker, who is preparing his side for Saturday’s home game against Stoke City (3pm), is pleased to see competition ramp up between the duo.

“I do feel Leif is pushing and pushing as well, so competition for places in that position is extremely hot at the moment,” he added.

“But I’ve been very pleased with JZ and how he has gone about things. When you look at actual points, or games Jordan is involved in.

“In terms of wins and losses, he has only been involved in one loss.”