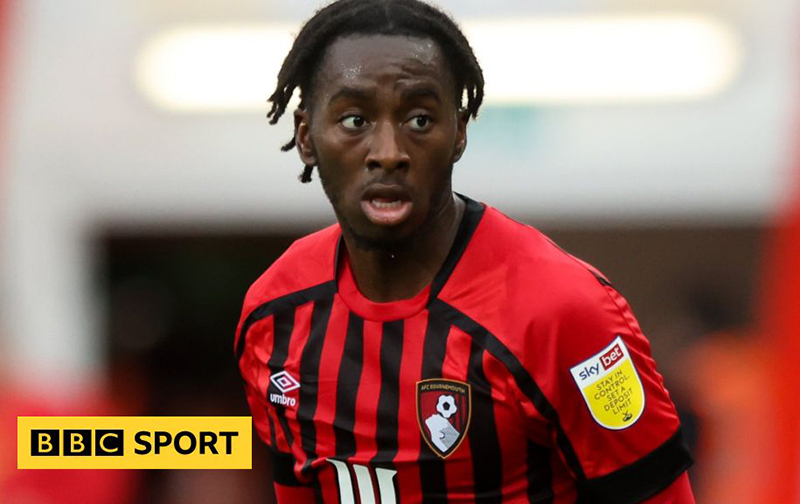 Zemura, 22, played the full game in his side’s 2-0 home win against Aston Villa as the English premier league resumed action this weekend.

He joined the Cherries in the summer of 2019, following a successful trial period.

Zemura’s current contract, which according to numerous reports this week makes him the lowest paid player in the Premier League, is currently due to expire in the English summer of 2023.

After breaking into Cherries’ first-team squad last season, Zemura had a clause activated to extend his stay on the south coast for the current campaign after turning down an offer of a new deal towards the end of last season.

However, the club’s manager Scott Parker remains optimistic that the talented left-back and his fellow academy product Jaidon Anthony will both agree to new terms to extend their stays at the Premier League side.

He was speaking ahead of the Cherries weekend game against the Villains for whom Zimbabwean midfielder Marvelous Nakamba was not in the squad.

Asked whether he was optimistic of a positive outcome on the renewals, Parker said:  “Yeah, I hope so. I hope that will be the case.

“I hope there’s a resolution to both of them. I don’t know at this present moment in time exactly where that is sitting.”

Zemura joined the club in 2019 and soon grew in stature after impressing at the beginning of last season’s campaign. He went on to play a pivotal role for the Cherries, playing 34 times in the Championship.

The exciting left-back was also called up to the Zimbabwe national team squad for their African Cup of Nations campaign, featuring twice after recovering from injury.

Having joined from Arsenal in 2016, Anthony is another proud product of Bournemouth’s academy and his friendship with Zemura has blossomed on and off the field.