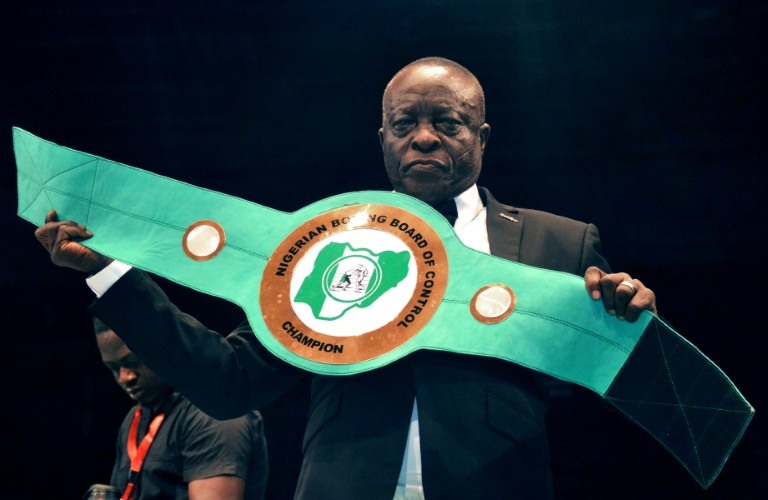 WHEN Selah Fawaz decided to organise his first boxing match in Lagos, he didn’t expect more than 500 spectators. In the end, over 800 tickets were sold and he had to turn away dozens of fans at the door.

The stands were full, music pounded at full blast and the green and white Nigerian flag fluttered during the most eagerly awaited bouts.

Fawaz, 31, is passionate about boxing and, in the space of two months, went from young oil industry entrepreneur to full-time professional boxing promoter.

“I started meeting with boxers and I realised at the same time that they don’t have enough money to pay for their licence or even to feed themselves, or access to train,” he told AFP.

“There are not enough events. What they really need is a stage to showcase their talent.”

Boxing used to be the most popular sport in Nigeria until the 1950s and 1960s but completely disappeared from view until the beginning of the 2000s.

Michael Gennaro, a boxing historian at Bossier Parish Community College in the southern US state of Louisiana, said he was “shocked” when he flicked through local newspaper archives.

“Boxing was in the newspapers almost every day, kids had scrapbooks of their favourite boxers, and Nigeria had two world champions already in 1957 and 1962,” he added.

Hogan Bassey was featherweight champion of the world in 1957 while Dick Tiger was the middleweight title holder in 1962 and also held the light-heavyweight belt in 1966.

Boxing was popular across many former British colonies but Nigeria differed in its wealth of generous local sponsors.

The arrival of military governments from the late 1960s however brought an abrupt end to boxing’s popularity as a succession of leaders saw no international prestige in it.

Tiger brought politics into the sport by preferring to represent secessionist Biafra, whose unilateral declaration of independence in 1969 sparked a 30-month civil war.

“At the same time Muhammad Ali refused to enrol in the US Army to go to Vietnam, Dick Tiger became public enemy number one,” said Gennaro.

“Boxing had the image of a revolutionary sport.”

Within a few years, Nigerian boxing had collapsed due to lack of sponsorship.

Everything changed because of Adewunmi Ogunsanya, the head of the satellite television platform Multichoice Nigeria.

His GOtv channel has organised an annual “boxing night” since 2004, which is watched by millions across Africa.

The 2016 winner, Olaide “Fijaborn” Fijabi, took home a cheque for one million naira.

The super-lightweight told media that before his victory he never wanted to turn professional because there were few opportunities to fight and no promotions.

But he added: “I hope to be a billionaire boxer, win the world title and be talked about the way great boxers are talked about. That is my aspiration.”

Currently, there are some 300 professional boxers in Nigeria, added the former sports journalist.

Cynthia, a 17-year-old from the poor Lagos suburb of Bariga, decided to give the sport a go after watching the televised bouts.

She now trains under the trees of a state-run school at weekends with the help of her coach, Always Kazee, a former barber turned professional trainer.

“Boxing already changed a lot of things in my life. I went to places where I thought I would never go, like Elite Box in Victoria Island for example.”

The wealthy Lagos suburb of Victoria Island is only a dozen or so kilometres (miles) from the teeming crowds on the mean streets of Bariga.

But in a country of more than 180 million, where the gap between rich and poor is among the widest in the world, it might as well be light years.

Rehia Osagie, who founded the Elite Box club two years ago for the city’s monied upper classes, has also opened it up to professionals who don’t have equipment to train.

“There is talent in this country and we are kind of working our way back (to where boxing was) but it’s very tough to make a living from it,” he said.

“At the moment, the main people who are being successful are actually the ones who leave the country.”

Top British boxer Anthony Joshua is said to have wanted to represent Nigeria — where his parents are from — at the 2008 Olympics in Beijing.

But the Nigerian federation turned him down because he was late for qualification.

At the London Games in 2012, he became super-heavyweight champion.

In March, Joshua — who in recent fights has arrived in the ring flying the Union Jack and the Nigerian flag — beat New Zealand’s Joseph Parker to unify the WBA, IBF, WBO and IBO heavyweight titles.