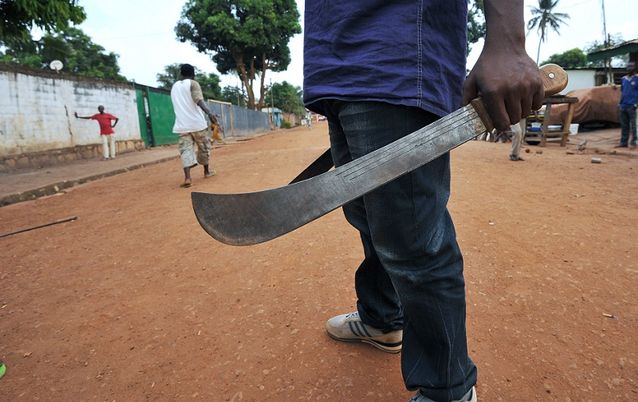 A 10-year-old boy from Zvishavane is battling for life after he was bludgeoned with a machete by a deranged man over his father’s suspected extramarital affairs.

“Police in Zvishavane confirm receipt of a report of attempted murder in which a 10-year-old boy of Village Gonakudzingwa under Chief Mazvihwa in Zvishavane was severely attacked by a 40-year-old man with a machete over allegations of his father’s infidelity,” said Mahoko.

The suspect was identified as Pilate Ruvengo.

Sources said the minor met this horrible fate last week on his way to school while in the company of friends.

“A report was made at ZRP Zvishavane and scene was attended. The suspect is still at large. The injured minor was taken to Gweru Provincial Hospital where he is receiving treatment. Investigations are still in progress,” said Mahoko.