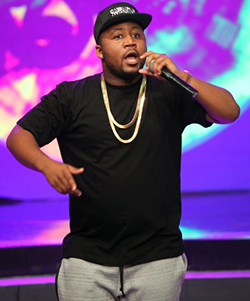 CALLS to boycott music shows by top South African artists Big Nuz and Casper Nyovest in protest against xenophobic attacks on foreigners are getting louder by the day with the continued brutalisation of blacks but concerns are emerging the suggested peaceful protest smacks of retaliatory or reverse xenophobia.
Since the widely condemned attacks started in KwaZulu Natal about three weeks ago, social media in Zimbabwe has been awash with campaigns calling for revellers and other music lovers to shun Big Nuz and Nyovest.
Big Nuz, who hail from Durban the epicentre of the latest wave of attacks against foreigners, had been billed to perform at the Bulawayo Amphitheatre on April 17, but due to vehement opposition sparked by social media activists they have opted to “can” the show in the hope the situation returned to normalcy in South Africa.
Another performance by high riding South African rapper Casper Nyovest pencilled for Bulawayo’s Hartsfield Rugby Ground was reportedly in limbo following chilling messages on social media networks that intimated their safety and security were not guaranteed as a result of black-to-black violence down South.
Bulawayo musician Sandra Ndebele tweeted: “We cannot party and dance to these South African Artists that are coming (Big Nuzz, Diliza, and Nyovest) when South Africans are killing our brothers…….WE ARE NOT GOING TO ATTEND THEIR SHOWS.”
Her outburst followed the killing of several Africans in Durban and Johannesburg, including Zimbabweans despite calls by President Jacob Zuma and Zulu king Goodwill Zwelithini to stop the xenophobia.
Harare is in the process of repatriating at least 2,500 citizens and the first batch of about 500 started trickling in via the Beitbridge border post early this week amid fears the violence is not abetting.
But in what appears as a retributive measure, activists in Zimbabwe want locals to boycott forthcoming music shows featuring South African artists.
A general consensus is emerging that shunning the shows is a form of protest and one of the mechanisms used to put pressure on the Apartheid regime by Africans.
Proponents of the calls for a boycott are adamant the peaceful protest is a rightful disposition of Zimbabweans which in way sends a clear message that just like Harare and the rest of Africa supported the majority blacks against apartheid, the same peaceful mechanisms can be used to hold the black South Africans to account on how they treat other Africans.Advertisement

Sending strong message
Maxwell Sibanda, an entertainment editor with a local private daily newspaper, notes that artists in Africa and the world over are known to have been very outspoken against human rights abuses, more so that they helped fight colonialism and apartheid in then Rhodesia and South Africa through music.
Sibanda says in that spirit South African musicians should even be ashamed to come and perform at gigs in Zimbabwe at this moment in time, while their brothers back home are butchering fellow Africans.
Local musicians; Charles and Olivia Charamba, and Alick Macheso have cancelled shows in South Africa because of xenophobia as a sign of protest, he noted.
“Morally, it (boycott) could send a strong message to South Africa that Zimbabweans are disturbed with occurrences there, as I believe other African countries have mooted boycotting South African products in protest.”
A Zambia private radio stationed stopped playing South African music as a sign of protest.
Sibanda believes it would be political naïve and folly for Zimbabweans to be seen dancing to South African musicians’ music when South Arica is burning “with its hands dripping the blood of fellow Africans.”
“This is not the time for Africa to party, especially with the images coming from South Africa where our brothers, sisters, fathers and mothers are been burnt alive in broad day light while the whole world watches – what with the citizen journalist we have today in our midst who is sending videos, images and stories of the horror movie unfolding in a country once touted as a democracy.”
But other activists strongly believe an eye-for-an-eye is not helpful and will make the world blind, pointing out that revenge is not within the spirit of Ubuntu.
“You cannot fight evil by evil. Xenophobia cannot be fought by revenge or retaliatory xenophobia- that’s wrong,” cautioned Maxwell Saungweme, a development analyst based in Afghanistan.
Revenge xenophobia wrong
“Xenophobia can only be solved by pressuring policy makers, government and law enforcement agencies to put the rights policies, laws and act accordingly and timely,” he said.
Saungweme added that if the boycotts are part of strategy to send the message home to South African government to act xenophobia fine but the protests should not border on retaliatory xenophobia.
“Retaliatory xenophobia is not the way to go. We need the South African as much as they need us. These musicians have done nothing wrong,” he said.
“We should actual take advantage of their coming to make them our messengers to go back to SA government and citizens and tell them that xenophobia harms South Africa as much as it harms us.
“We should use their influence as musicians to lobby against xenophobia. We get nothing by boycotting these shows apart from perpetuating xenophobia,” he said.
Political analyst Vivid Gwede, who supports the boycott of South African music shows, said the protest has the likelihood of putting “reputational” pressure on SA as well as sending a message to the artists to spread anti-xenophobia messages.
“Importantly, I think the message is bigger than we are seeing because the immigration problem in SA is there and government approach to it has been inexpert both internally and externally.
“Internally, the tightening of immigration laws might have created an impression of mild dislike of foreigners which the hooligans ballooned.
“Externally, to some extent we ask how South Africa with an opportunity has failed to decisively deal with the Zimbabwean question since 2007 leading to a continuous trek of migrants from its neighbour.
“I say this with an understanding though that the foreign African nationals are not only Zimbabweans, but they constitute a good number showing a failure of SADC geopolitics.”
Thabani Moyo, an analyst with the Media Institute of Southern Africa, noted that Africans across the continent would mostly be defining an isolation strategy of South African in light of the latest xenophobia, measures “aimed making its citizens understand the basic concept of Ubuntu.”
“This should be a reminder that many countries endured opportunity cost of developing their own nations in solidarity with Azania, “said Moyo.