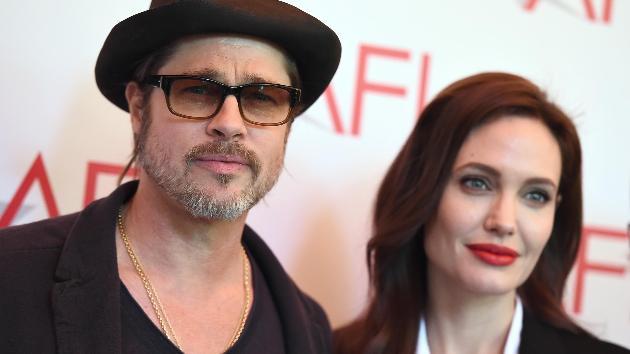 BRAD Pitt could be teaming up with wife Angelina Jolie again on her next film project Africa.
According to The Wrap, Brad is in talks to star as archaeologist Richard Leakey – who campaigned to protect elephants against poachers – in the biopic penned by Oscar-winning scriptwriter Eric Roth. Angelina is set to direct the movie.
The couple met playing spy team Mr And Mrs Smith in 2005, and are set to reunite on screen as husband and wife in Angelina’s latest movie By The Sea, due out later this year.
Angie will re-team with her Unbroken cinematographer Roger Deakins on the project, with shooting due to start in the summer.
She said in a statement when she boarded the project last September: “I’ve felt a deep connection to Africa and its culture for much of my life, and was taken with Eric’s beautiful script about a man drawn into the violent conflict with elephant poachers who emerged with a deeper understanding of man’s footprint and a profound sense of responsibility for the world around him.”
Brad and Angelina have six children together. Their 10-year-old daughter Zahara was adopted from Ethiopia and their first biological child Shiloh, eight, was born in Namibia.Advertisement