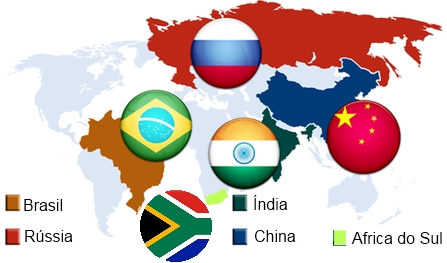 BRAZILIAN President Dilma Rousseff and Russian leader Vladimir Putin on Monday expressed support for the creation of a development bank to promote growth in Brazil, India, China, Russia and South Africa.
Rousseff received Putin in the presidential palace in Brasilia on Monday, a day before leaders of the five emerging BRICS nations meet in the northeastern city of Fortaleza.
Speaking to reporters following the meeting, Rousseff said the proposed bank would top the summit’s agenda and she hoped the proposed institution would be approved there.
“We defend the growth (of bilateral cooperation) and of giving priority to our people,” Rousseff said. “Russia showed its interest in participating ever more closely with relations among the BRICS.”
The five countries “are among the largest in the world and cannot content themselves in the middle of the 21st century with any kind of dependency,” Rousseff said.
She also underscored Russia and Brazil’s mutual interest in making the International Monetary Fund a “truly multilateral mechanism.”
Both leaders steered clear of thorny international issues like the Ukraine crisis, with Putin stating simply that “we are united in our analysis of the key international problems.”
“The focus of our attentions has been the economic ties,” Putin added.
During Monday’s talks, ministers from Brazil and Russia signed bilateral accords including ones on air defence, gas and education.
Bilateral trade between the two nations stands at $6 billion annually, and the goal is to boost that to around $10 billion per year, officials said.Advertisement