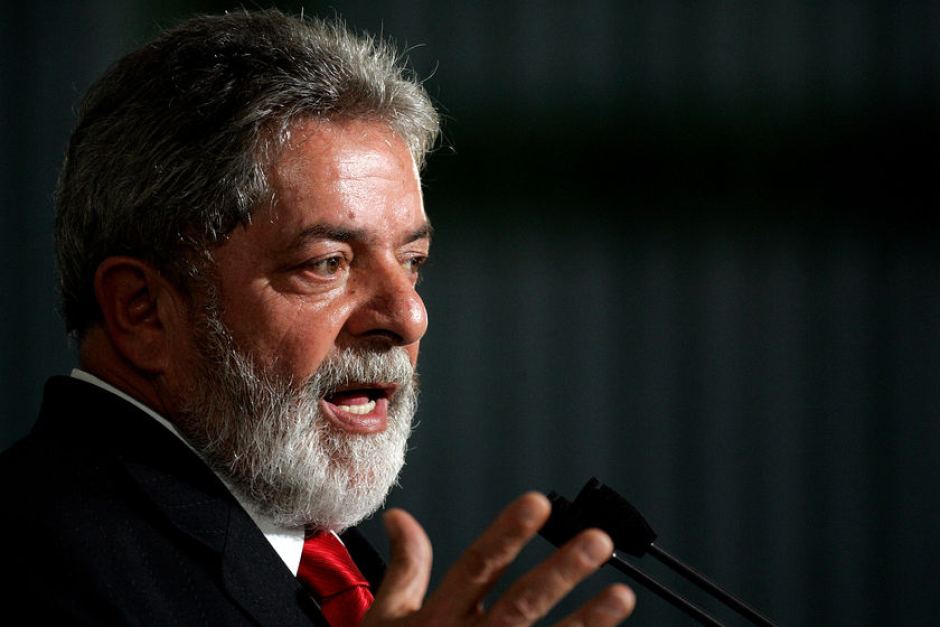 Brazil’s leftist icon Luiz Inacio Lula da Silva served the first day of a 12-year prison sentence for corruption Sunday, but was already hoping for a way out through the courts this week, threatening to extend the drama ahead of presidential elections.

The 72-year-old, who served two terms as head of state between 2003 and 2010, entered prison in the southern city of Curitiba late on Saturday, becoming Brazil’s first ex-president to be jailed on a criminal conviction.

His cell is located in the same federal police building that serves as the base of operations for “Car Wash,” the expansive anti-graft investigation that brought him down.

Since World War II, Brazil’s presidents have often ended up in trouble — impeached, felled by a coup and even suicide — but Lula is the first to have been convicted and put behind bars.

He was found guilty last year of accepting a luxury apartment as a bribe from a construction company and is the biggest scalp so far in the “Car Wash” probe.

He insists on his innocence and says he was framed to stop him running in October presidential elections in which polls show him as frontrunner.

But there could be surprises ahead, with a potentially explosive legal development coming as early as Wednesday, when local media say the Supreme Court could revisit the current law on incarceration during appeals.

As things stand, anyone convicted and losing a first appeal, as in Lula’s case, must conduct further appeals from prison.

But there is pressure to change that provision so that higher court appeals could be pursued while free — which could provide a reprieve for Lula.

Analysts are quick to point out that, given the country’s history of rapid and unexpected changes, anything could happen.

“In Brazil, everything is possible, so he could spend a week in prison and then a judge from the Supreme Court could send him to house arrest, for example,” Oliver Stuenkel of the Getulio Vargas Foundation told AFP.

“For a long time, we have been living with the unprecedented, so it is very difficult to predict what is going to happen.”

With just six months until Brazil’s presidential election, and Lula still the frontrunner, the stakes are high.

“From prison, he will continue exerting his influence and he could also exploit the symbolism of his victimization,” said Andre Cesar, an analyst at the Hold political consultancy.

Being locked up almost certainly means Lula will be out of the presidential election, throwing the race wide open. In polls, he currently scores more than double his nearest rivals.

Lula’s imprisonment triggered a barrage of protest from leftist Cuba and Venezuela, both of which denounced it as a political plot to sideline him from the presidential race, with Caracas saying he was the “victim of a judicial inquisition.”

Havana took a similar line, saying Lula had suffered “unjust persecution” at the hands of the political system, the judiciary and the media.

And in Mexico City, a small group of mostly Brazilian supporters held a protest, waving banners reading: “Free Lula!” and “Moro, your justice is fraudulent!” in reference to the judge who ordered his arrest and who has been in the driving seat of the Car Wash graft probe.

Meanwhile in Curitiba, around 150 of Lula’s diehard supporters were still gathered near the prison, where Workers’ Party president Gleisi Hoffmann pledged that the city would become a center of political action to campaign for his release.

Lula, she said, was “a political prisoner, the first since the reemergence of democracy” in 1985.

“Curitiba will be the center of our political action. We will only leave when Lula leaves. This vigil will be permanent.”

Officials from the Unified Workers’ Central (CUT), Brazil’s largest trade union federation, said they were expecting dozens of convoys to arrive, bringing in supporters from across the country.

From palace to prison cell

But others in the city expressed satisfaction over the ex-president’s fate, coming to take pictures in front of the prison, which they dismissively called “Lula’s house.”

“Let Lula stay there for a long time and all his bunch with him. He deserves it,” said businessman Mauro Celli, 49.

Glaucio Zeni, 53, said: “Justice was done in this country.”

It has its own private toilet and hot shower — and even a television, officials said, so he should be able to watch his favorite football team, Corinthians, taking on Palmeiras in Sunday’s final of the Sao Paulo championship.