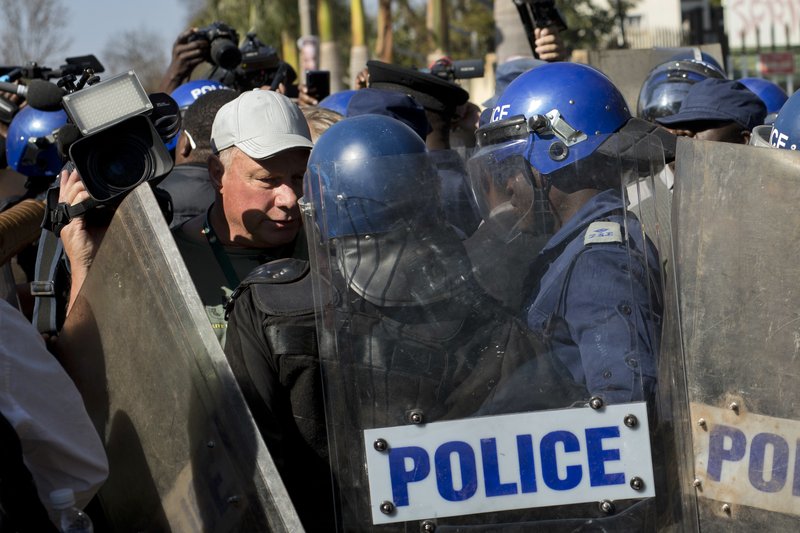 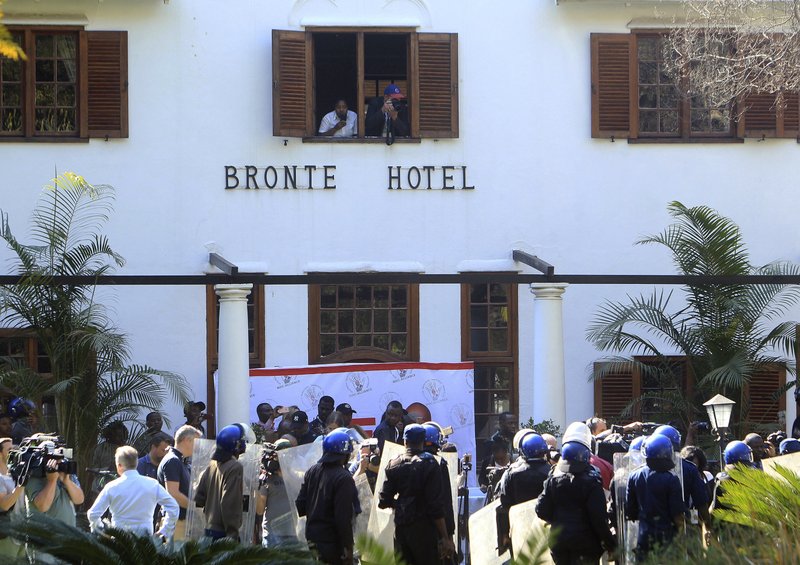 But Chamisa’s support staff stood their grounds as the police tried to disperse the meeting.

Journalists, likewise, were also threatened by the law enforcement agents, but it took the intervention of Zanu PF spokesperson and cabinet minister Simon Khaya Moyo to break the deadlock when he instructed the police officers not to interfere with the meeting.

When he eventually held the press briefing before local and international media, Chamisa accused the police of attempts to seize and destroy valuable information relating to alleged poll fraud by Zanu PF.

The MDC Alliance leader spoke passionately about being denied victory by the Zimbabwe Electoral Commission (ZEC) working in “cahoots” with Zanu PF.

But Chamisa was adamant they were in possession of the authentic tally which places him as winner of the closely fought election.

Chamisa described his defeat to the incumbent as “a coup against the will of the people”, adding that they were going to “pursue legal and constitutional” means to redress the situation.