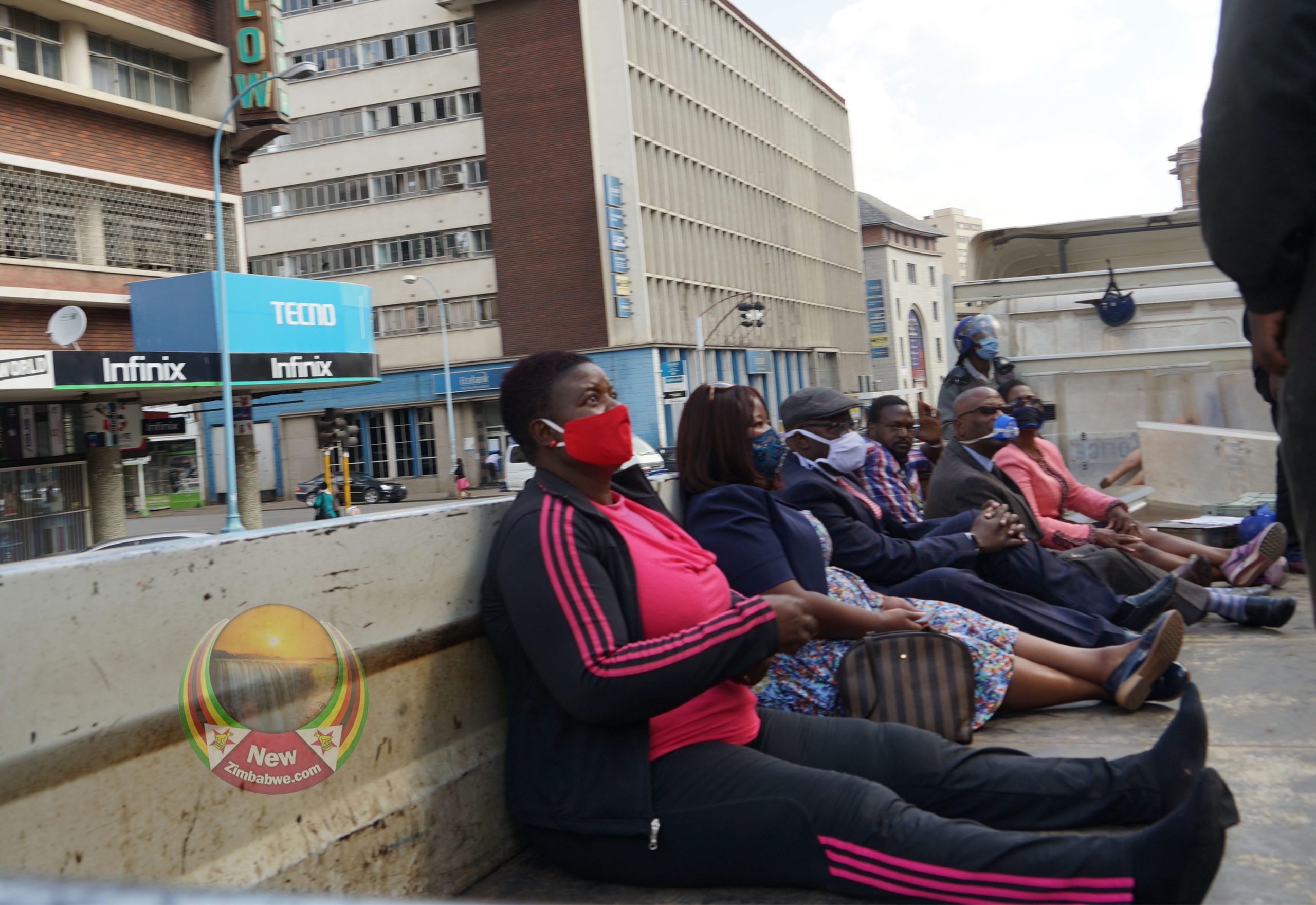 The two VPs and party officials, Gladys Hlatshwayo and Lovemore Chinoputsa, as well as Manicaland provincial chair David Chimhini wanted to access the premises to address a press conference.

MDC Alliance spokesperson Fadzayi Mahere confirmed the arrests and said the army and police took control of the building Thursday at 10 pm.

According to Mahere, the State security agents manhandled the MDC Alliance internal security and took possession of the building without a court order.

Secretary General Charlton Hwende’s attempts to engage police officers were resisted as he was told to engage the army.

Mahere told reporters the soldiers are still in the building which has been locked from inside.

“This puts paid and completely supports what we have said that (Thokozani) Khupe and (Douglas) Mwonzora are being used by Zanu PF to dismember the genuine MDC. We will resist this and we will fight back politically and resist what has taken place,” she said.

“This afternoon vice presidents Biti and Kore tried to gain entrance into the building and they were arrested by the police. We have no court order against us or stopping us and we are completely shocked and flabbergasted that State agents are being used outside the law in a complete affront on our rights and rule of law to do violence and try to dismember a political party.

“Even if they do believe they have a right to the building which I assert they do not, if what they are doing is competent, why have they not used the deputy sheriff? Why are they coming in the middle of the night, why are those soldiers armed?”

The party headquarters is at the centre of a fierce power control between Nelson Chamisa and reinstated party secretary general Mwonzora.

The arrests of the top politicians came moments after running battles between police’s anti-riot unit, ordinary citizens and supporters of the Chamisa led MDC faction bringing business to a standstill in the CBD.

“For people who pretend to be constitutionalists, this vindicates us, it is an indictment on people who have been saying that we are trying to rectify things in the MDC…they have been captured by Zanu PF to divert attention from the corruption scandal involving Mnangagwa, his sons, and his bodyguards.

“Soldiers are still inside the building up to now and no one has bothered to tell us why. There is no explanation whatsoever, yet there is no crime.”